Fernando Alonso won his two World Championships in 2005 & 2006 driving for the Renault F1 Team. Over the two years, Alonso won 14 races and finished on the podium a further 15 times.

This steering wheel was used at the backend of 2005 and then early on in 2006. The specific race history for the wheel includes two race wins at the 2006 Bahrain & Australian Grand Prix.

The wheel has the FIA scrutineering number of 19125 which has been photo-matched to these races and the wheel was obtained direct from the Renault F1 team. 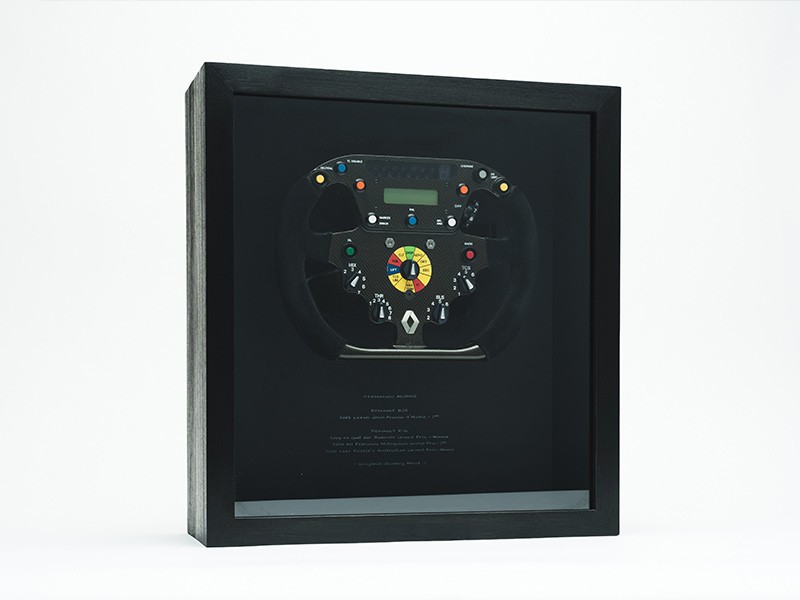 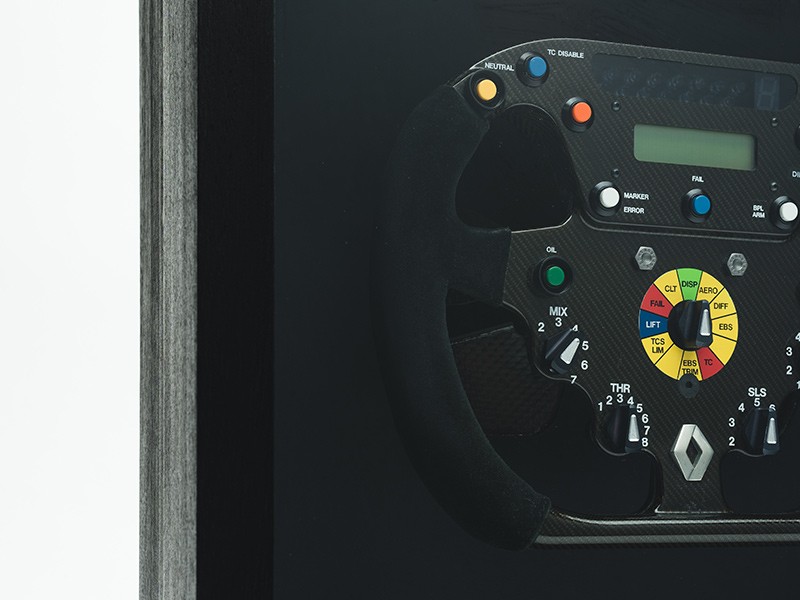 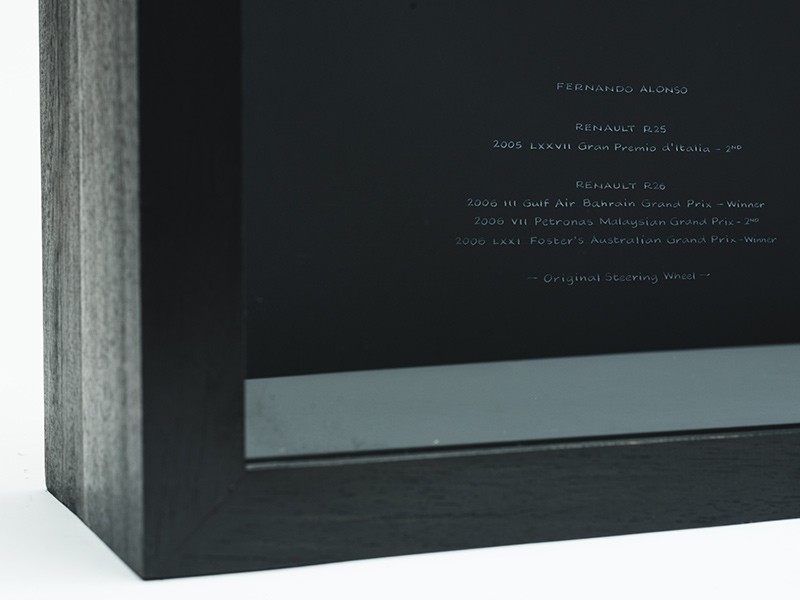