This Shoei X4 Quattro was used by Grand Prix winner Jean Alesi during the 1999 Formula 1 season when he raced for Sauber.

The season was Alesi's second year for the Hinwil-based team where he partnered Brazilian Pedro Diniz. Despite a season marred by retirements, Alesi managed two 6th-placed finishes at Imola and Suzuka respectively.

The popular Frenchaman did further impress with a front row grid position in qualifying for his home race at Magny-Cours that season before ultimately retiring on the Sunday.

This helmet has a chrome base and is painted in Alesi's 'Elio de Angelis-inspired' design by famous American artist, Troy Lee Designs. 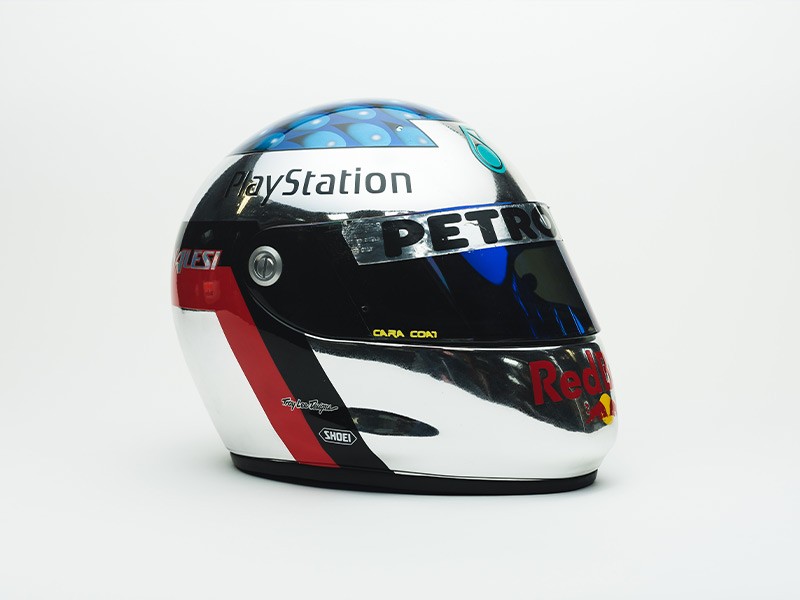 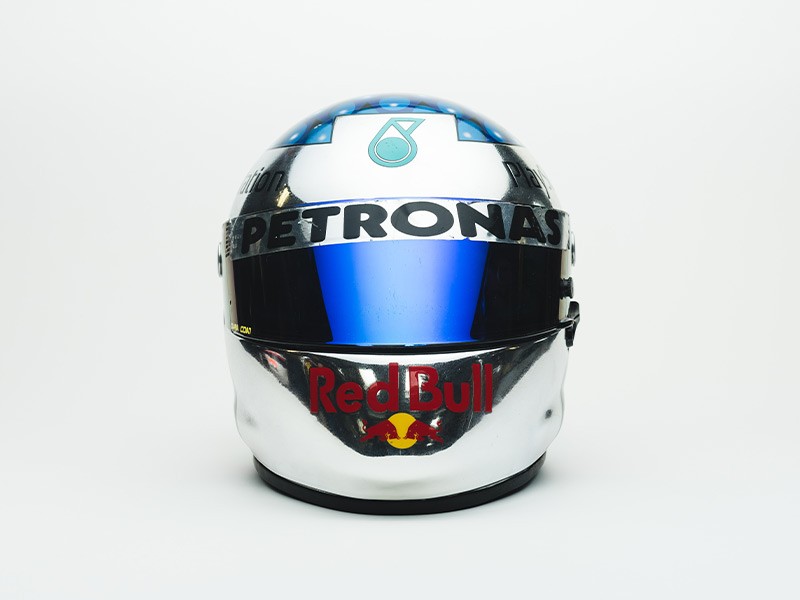