This pair of front wing wing elements are genuine and original and from a 1973 McLaren M23. Present with the ‘Gulf’ oil logos this was the last season the ‘works’ McLaren team had Gulf sponsorship before switching to Texaco for 1974.

Showing signs of accident damage research shows that these wings are likely from M23/3 which was a car driven Peter Revson, Denny Hulme and lastly Jody Scheckter in the 1973 season.

During the 1973 British Grand Prix at Silverstone Scheckter crashed M23/3 after making a mistake at Woodcote and went into the pitwall nose first triggering one of the biggest accidents in Formula One history. Scheckter took out not only himself but 11 other competitors including Mike Hailwood, Jochen Mass, Carlos Pace & Andrea de Adamich who broke his ankle as a result.

The wings remain complete in their original paint and with period decals and come direct from a McLaren employee of the period. 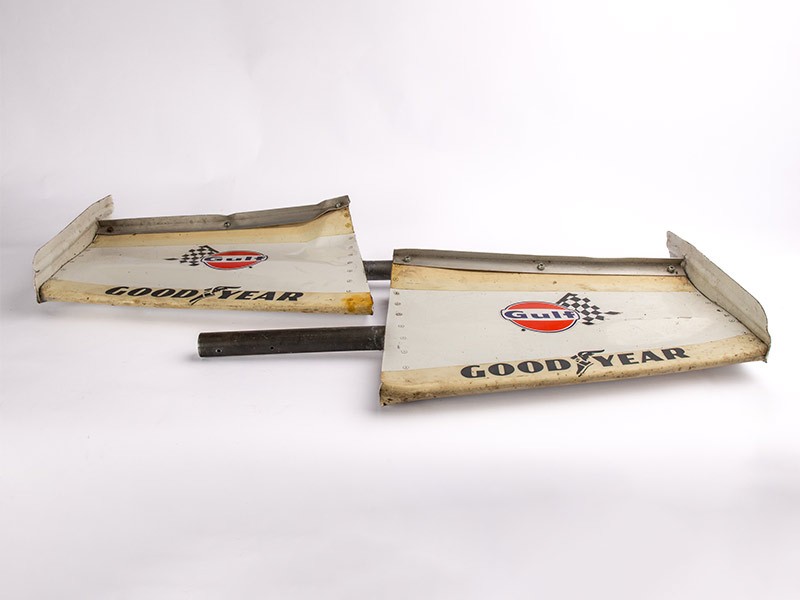 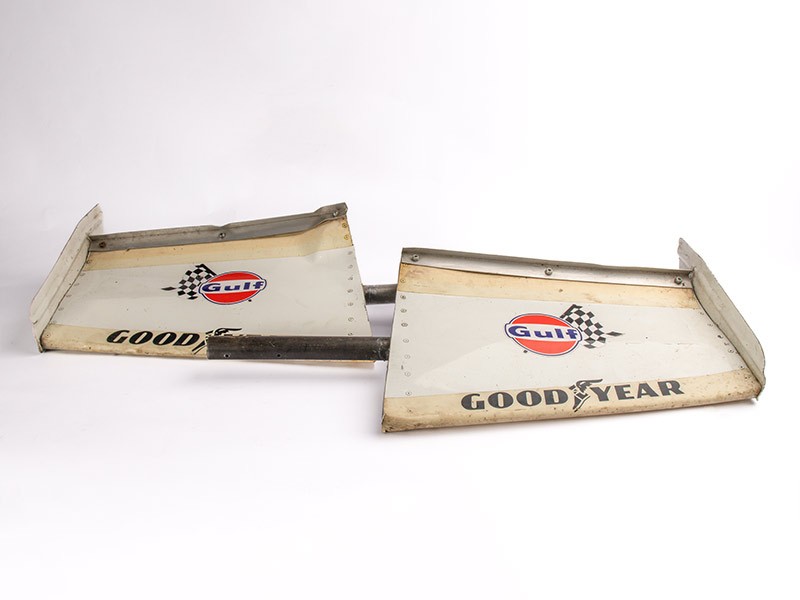 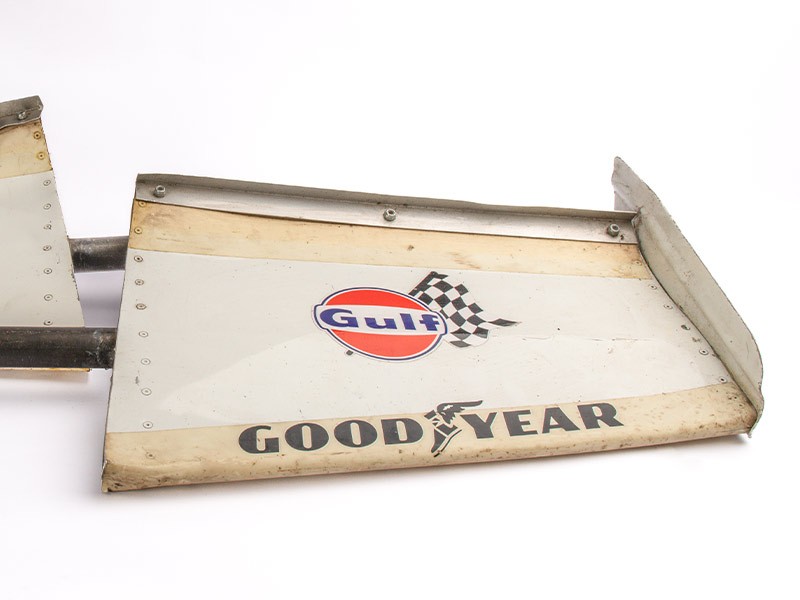 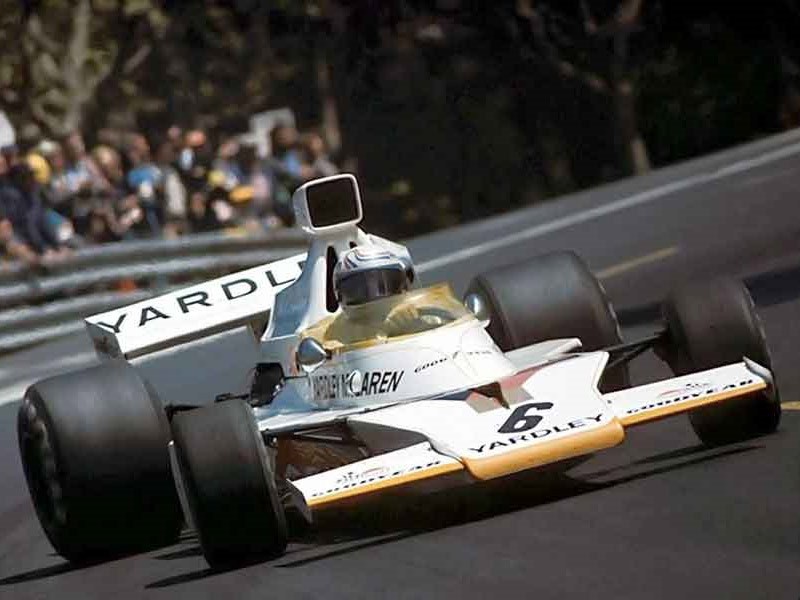