Derek Bell is most widely recognised for his incredible feats in Sports Car Racing - he won the Le Mans 24 Hours no fewer than 5 times, Daytona 24 Hours 3 times and the World Sportscar Championship twice.

His simple, yet striking design is synonymous with the Brit and this Shoei helmet was used by him in the early 90’s whilst driving Porsche 962s and alike. Complete with a UK scrutineering sticker from 1991, the helmet also has a ’custom’ British Racing Green interior of a type we have never seen before. Whilst the visor for this helmet is ‘missing’, there are multiple photos with him wearing helmets in closed cockpit cars where the visor has been removed. 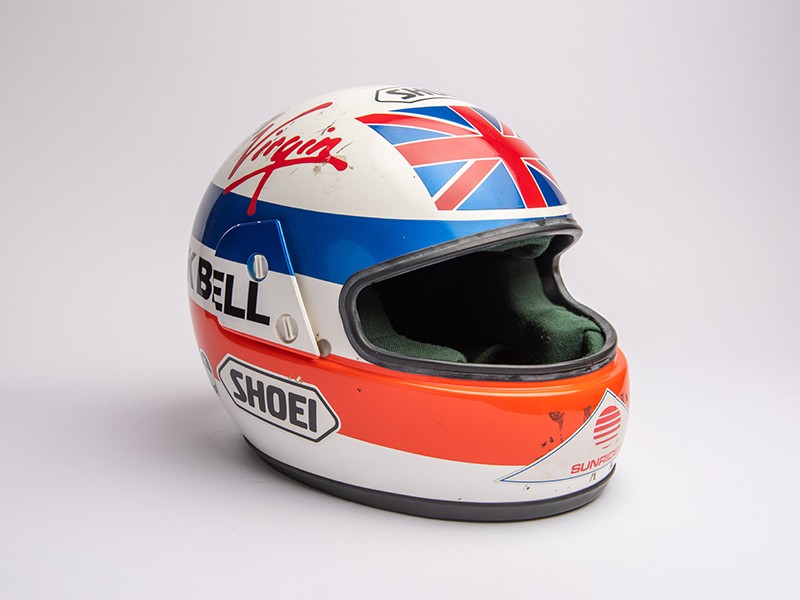 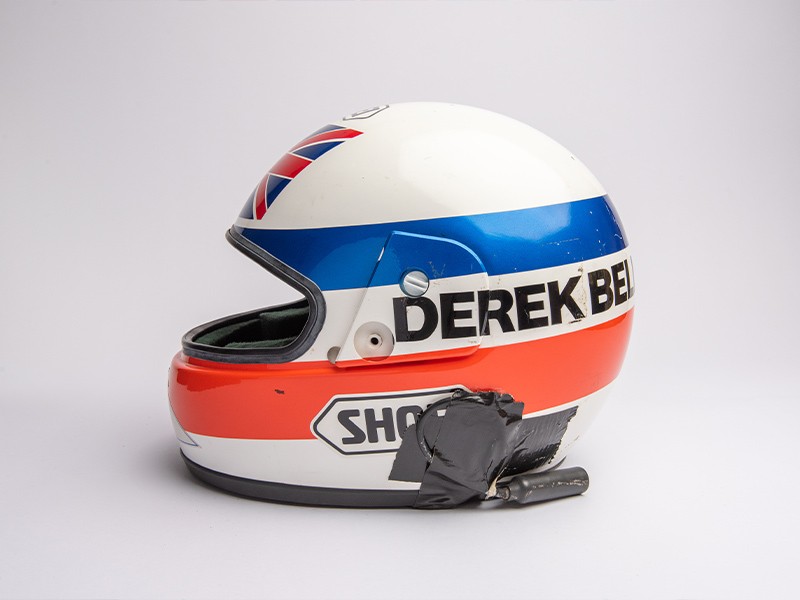 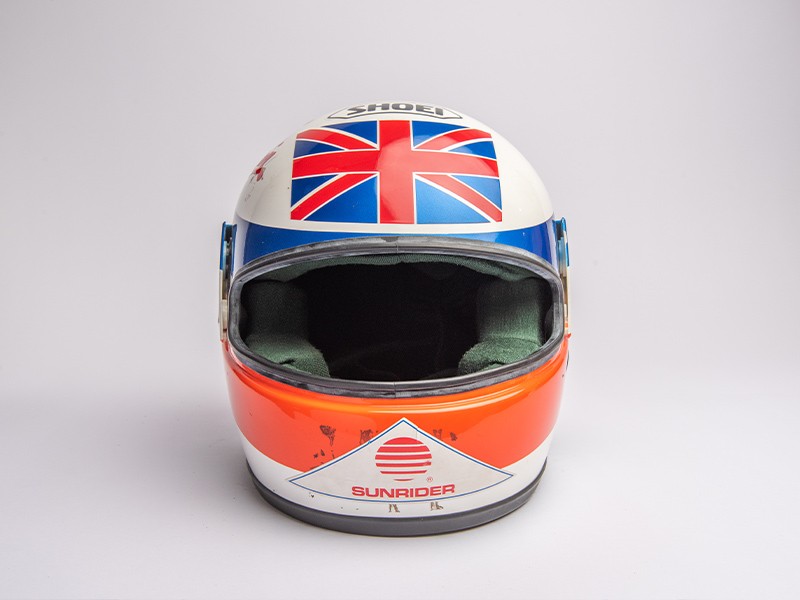 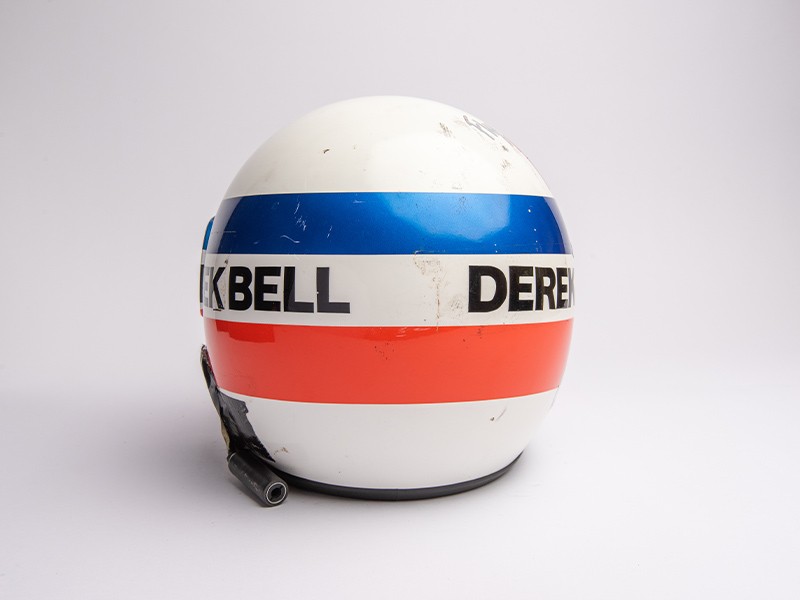 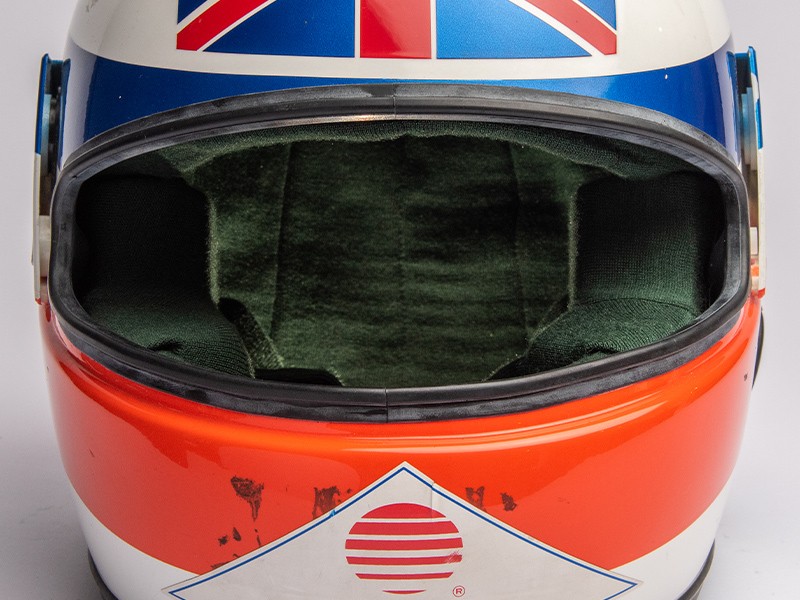 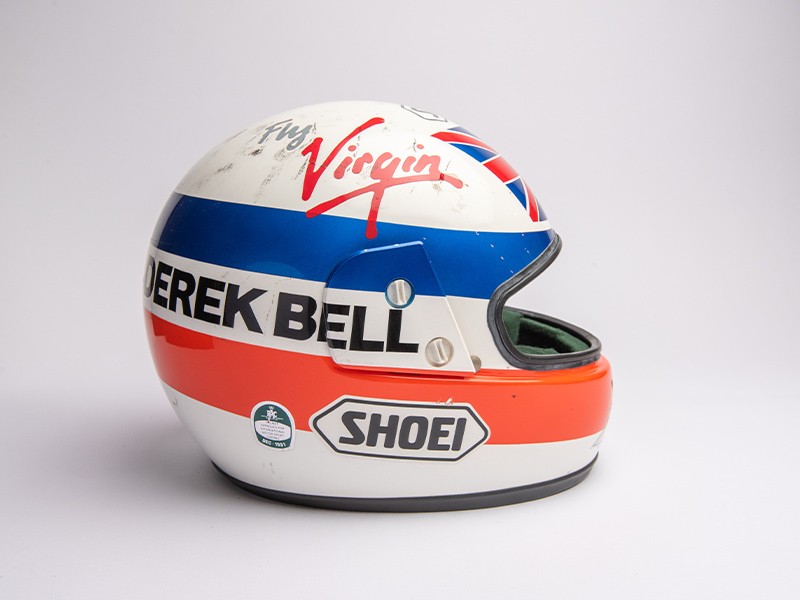