This 2016 Fernando Alonso helmet carries a unique livery and as such is easy to pin point its usage in the 2016 season. For the US Grand Prix, the Esso on the side was replaced with Mobil1 and was done in vinyl covering the ’traditional’ design. The authenticity of this is 100% and has been confirmed with Alonso’s painter Jens Munser of JMD Designs.

The US GP was Alonso’s best race alongside Monaco in 2016 and was hailed as one of his best ever drives in the underperforming McLaren-Honda. He managed to secure 5th position on the penultimate lap by overtaking fellow countryman Carlos Sainz.

The helmet is as it came off the track in Texas and carries the dirt, flies and rubber one would expect to amass over a Grand Prix distance.

A seriously lovely piece from this double Formula One World Champion - priced to reflect. 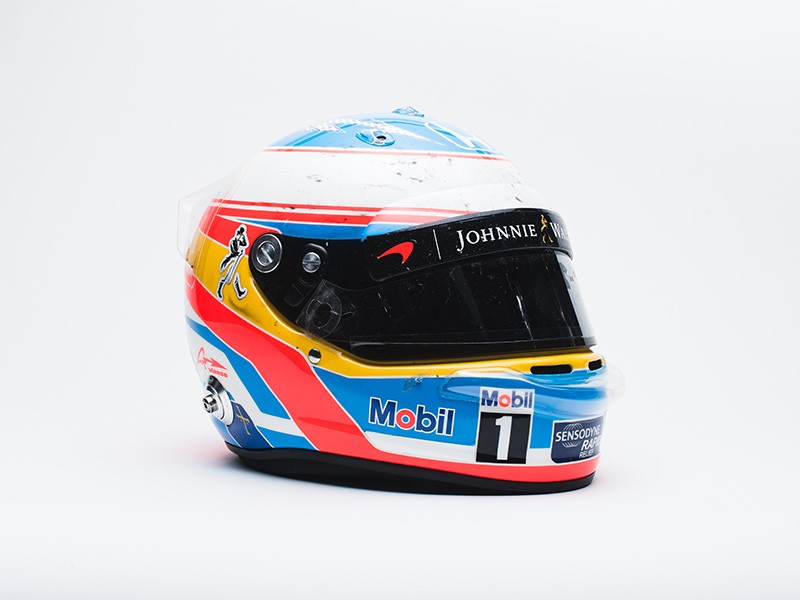 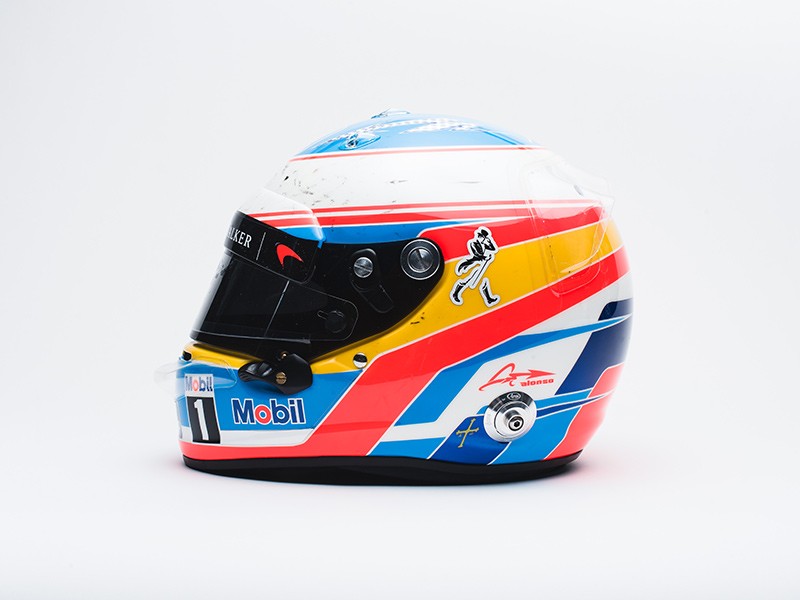 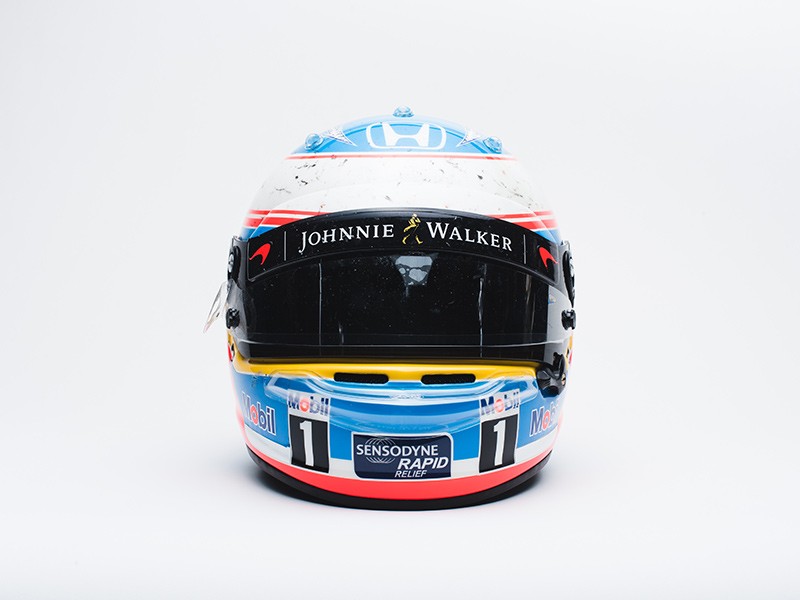 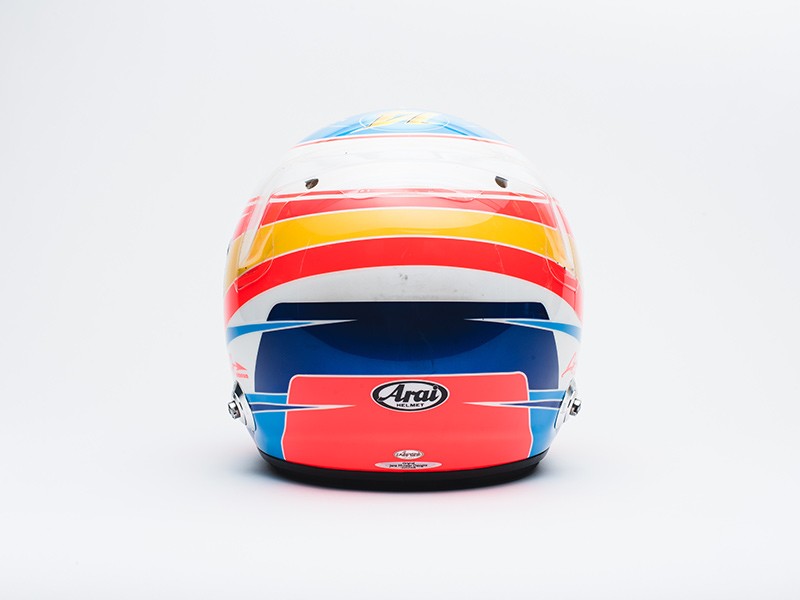 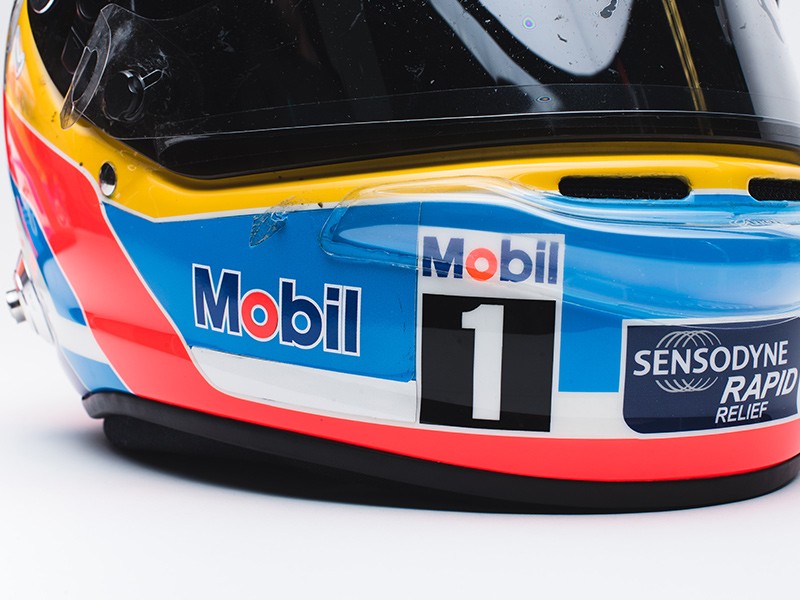 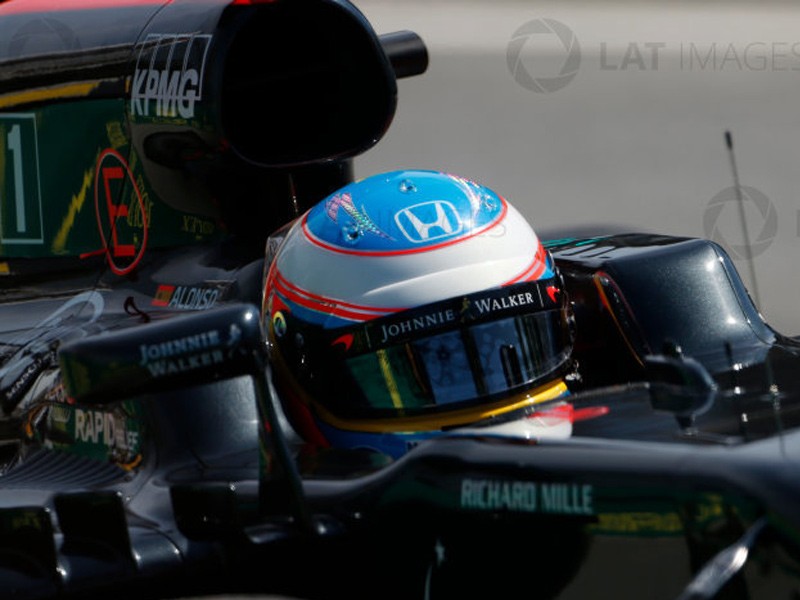 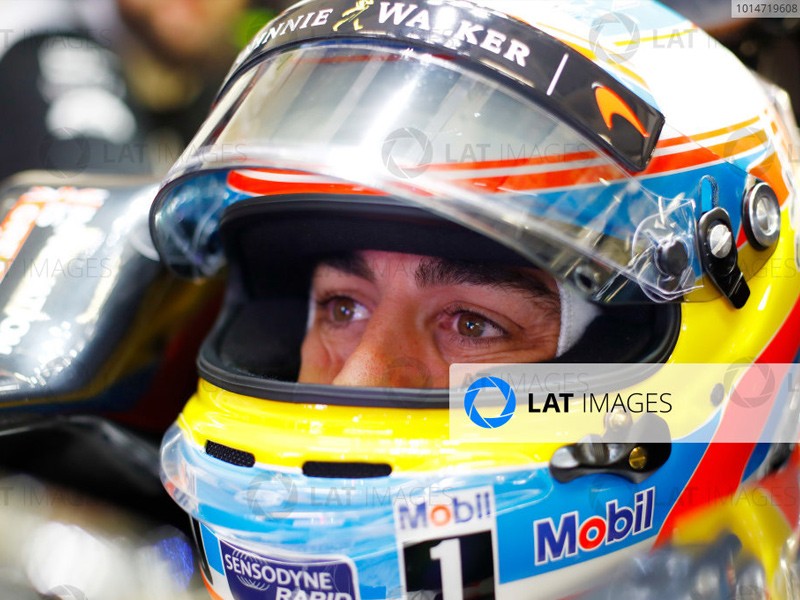 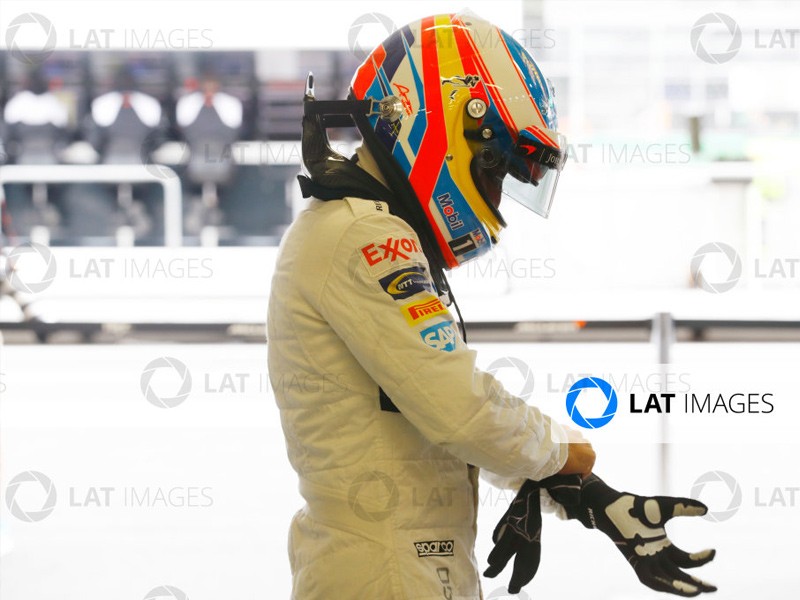