Johnny Herbert was a winner overall at Le Mans in the Mazda 787B he shared with Bertrand Gachot and Volker Wiedler in 1992.

As his Formula One career went from strength to strength in the mid 90’s (where he won 3 Grand Prix’) he kept his focus on open wheel racing, but as the opportunities in F1 dwindled, he picked up where he left off in Sports Cars.

This helmet was used in the 2004 season whilst driving the Team Veloqx Audi R8 - a period that yielded some incredible results including 3rd at the Sebring 12 hours, 1st at the Monza 1000kms & 2nd at Le Mans.

The helmet was given by Herbert to a business associate after the Silverstone 1000km (where he finished 3rd) and comes complete with flies and dirt from that day.

Painted by Mike Fairholme, the helmet is of a quality unrivalled apart from the blemishes one would expect from its use over the first half of an endurance season.

The helmet photo matches throughout the period in which it was used and also retains the European Le Mans Series & Le Mans 24 Hours scrutineering stickers. A wonderful piece with extensive use that comes complete with a letter from the person whom the helmet was presented to direct at Silverstone. 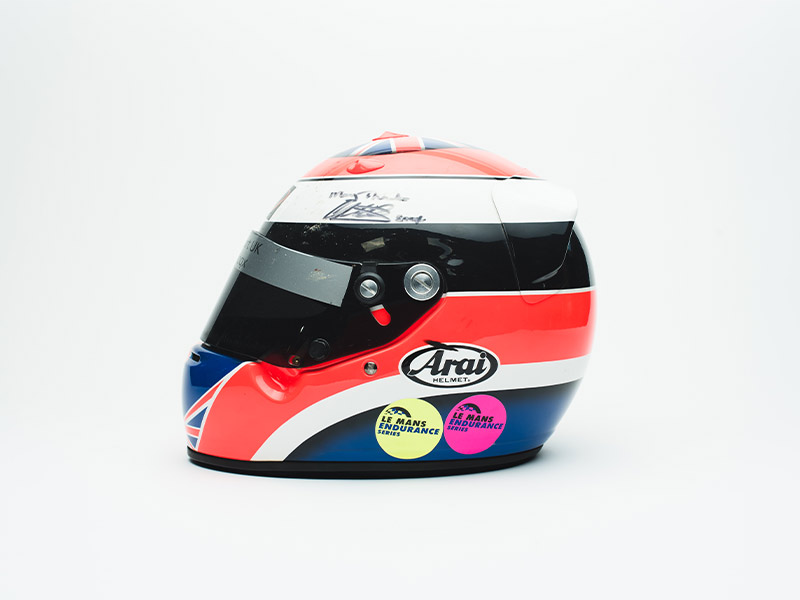 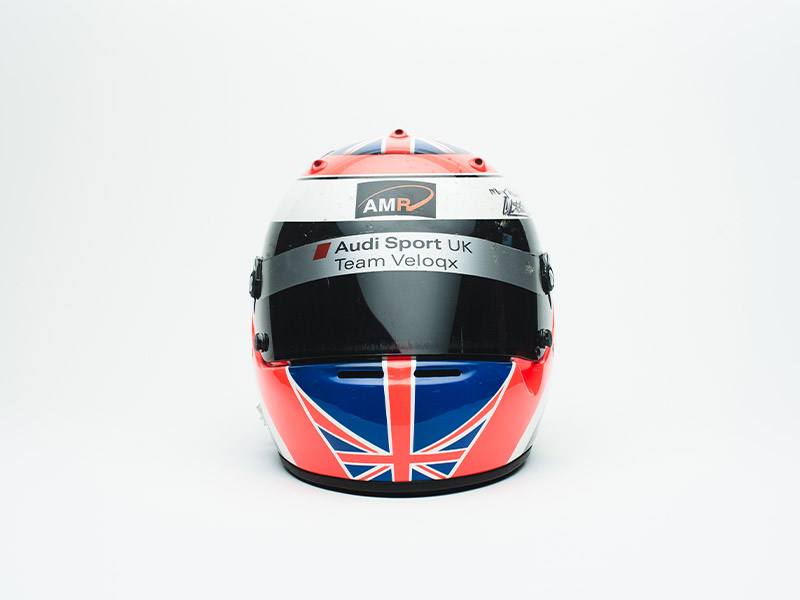 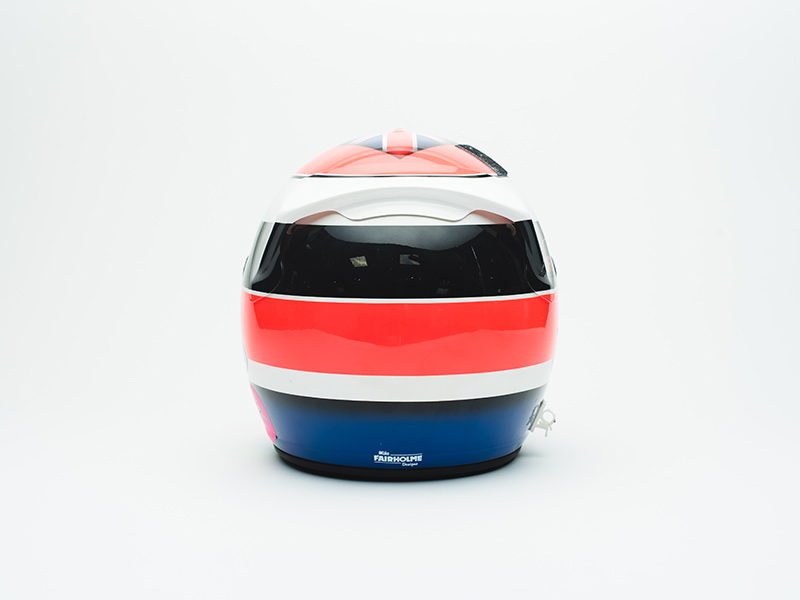