Kimi Raikkonen’s 24th car race was the 2001 Australian Grand Prix. Whilst many people doubted the young Finn’s maturity to be able to compete at the pinnacle of Motorsport, his first race in the top flight resulted in a points finish. With further points finishes during the year driving the Sauber C20, the foundations were laid and he soon graduated on to McLaren and then Ferrari where he won the Formula One World Championship in 2007. Now back at Sauber, the ‘Iceman’ is still as quick and competitive as ever and 2019 so far has yielded a 100% points-scoring record.

This helmet was used by Kimi in his first season and was painted by fellow countryman Uffe Tagtstrom. Complete with drinks tube and the usual signs of wear and tear the helmet is a fantastic item for anyone collecting World Champion Drivers. 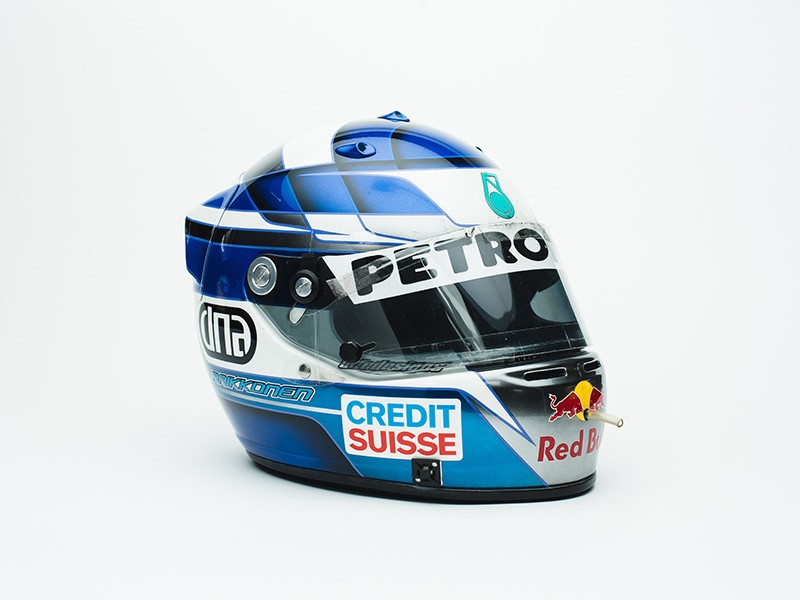 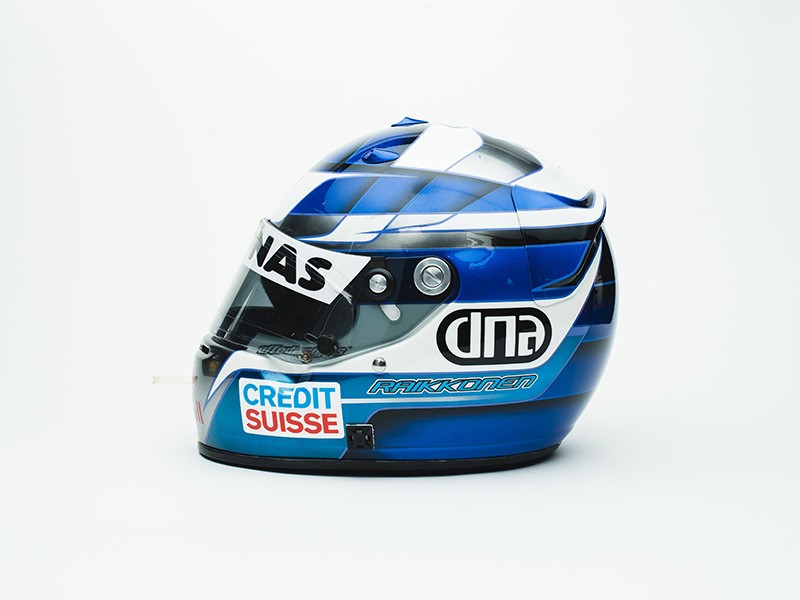 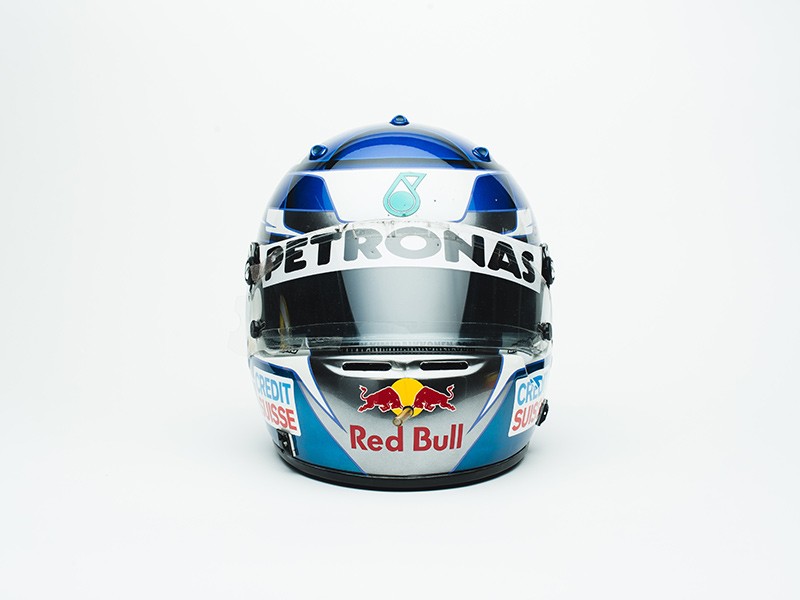 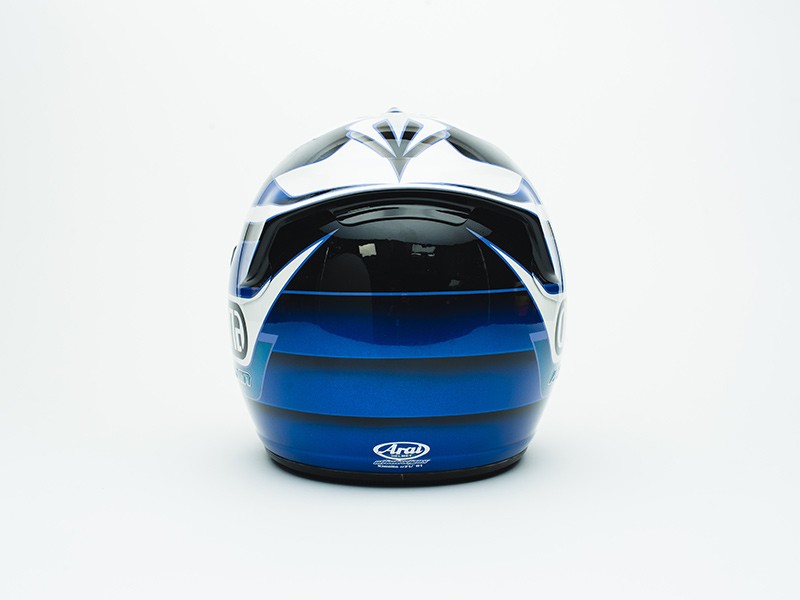 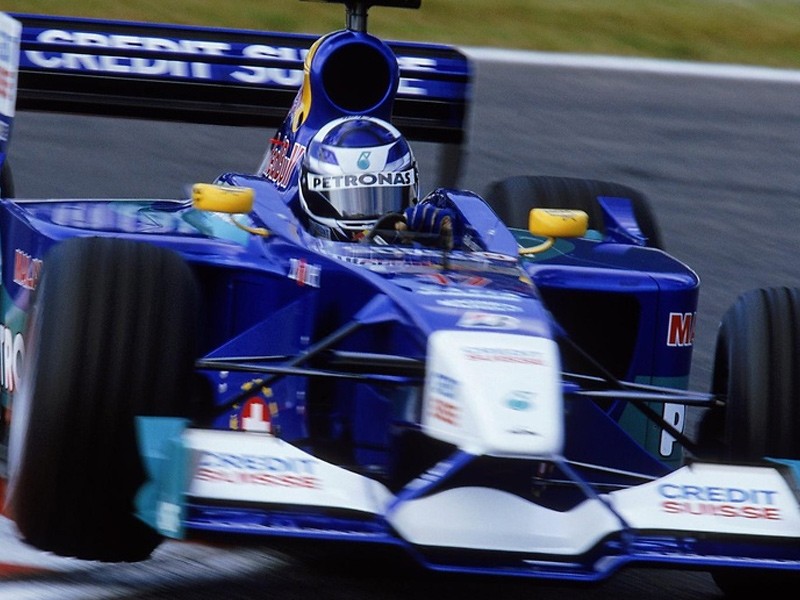 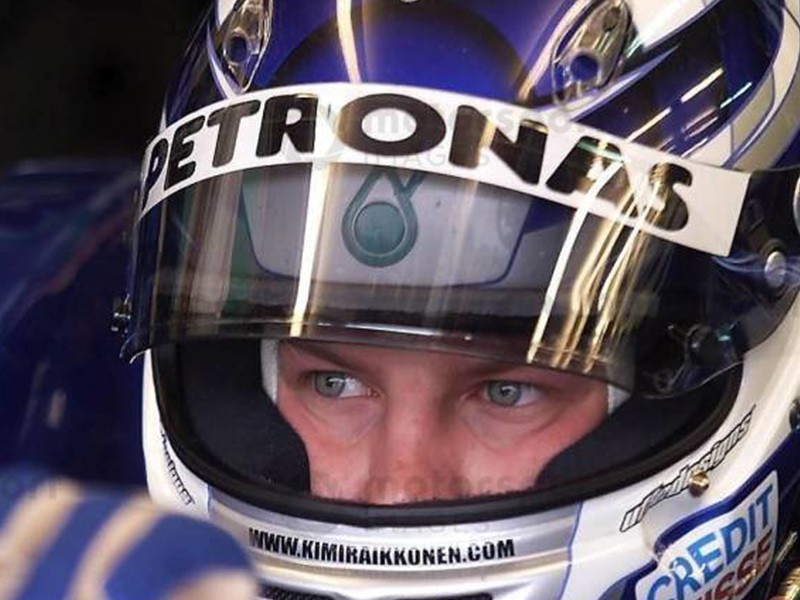