For the 2014 season, Kimi Raikkonen returned to Ferrari from Lotus for his final stint at the Scuderia, having won the World Drivers' Championship in red back in 2007.

This Bell HP7, painted by Raikkonen's longtime painter, Uffe Tagstrom, was the Finn's 6th helmet for the 2014 season - the first season that drivers were allowed to choose their number - and comes complete with Raikkonen's '7' on the sides and his famous 'Iceman' insignia on the back. 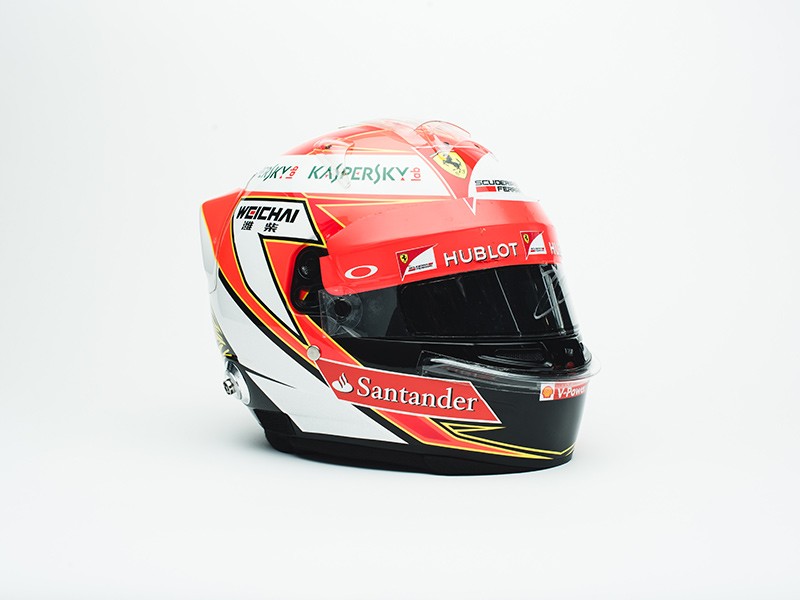 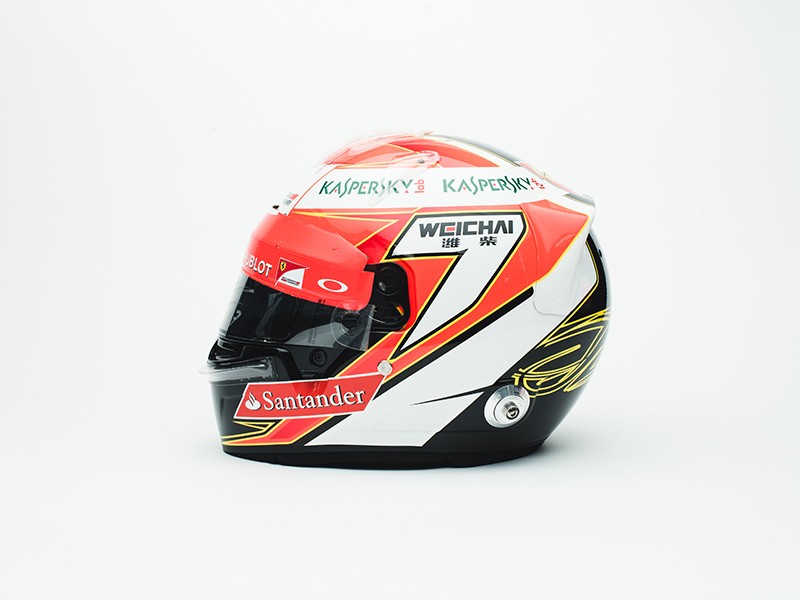 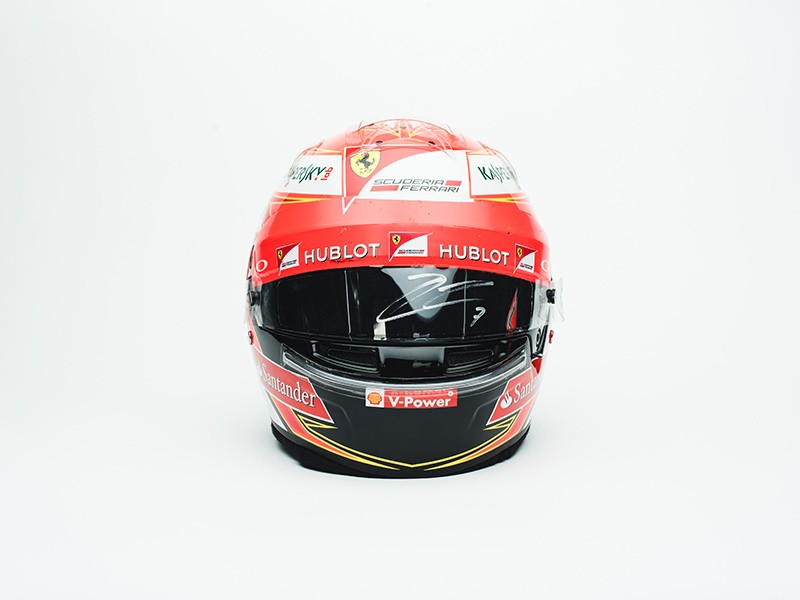 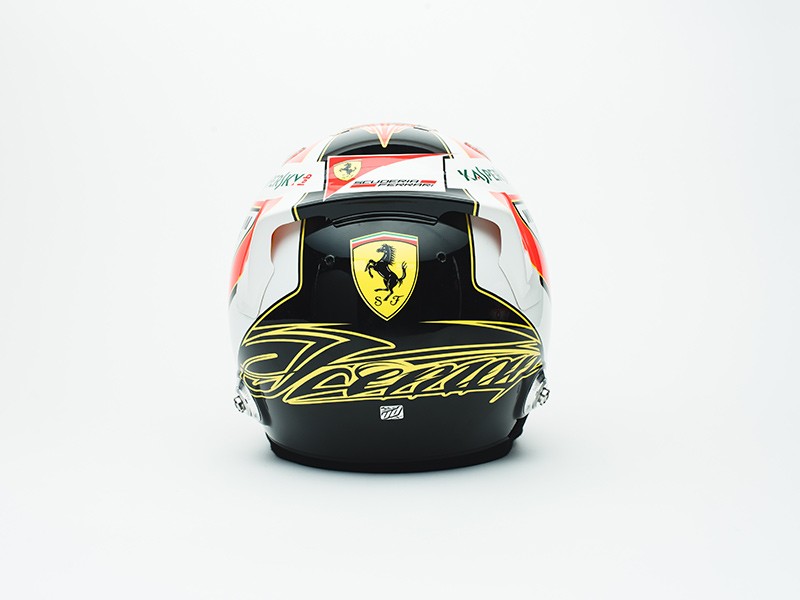 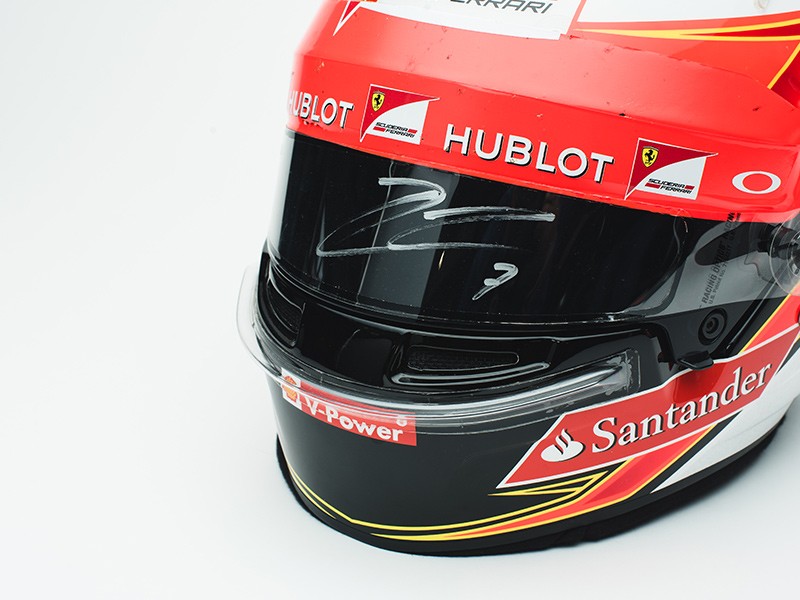 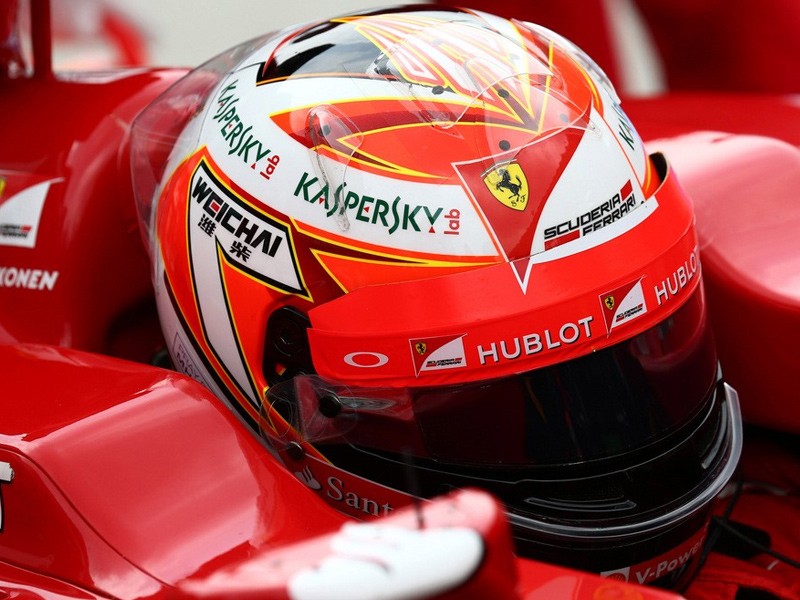 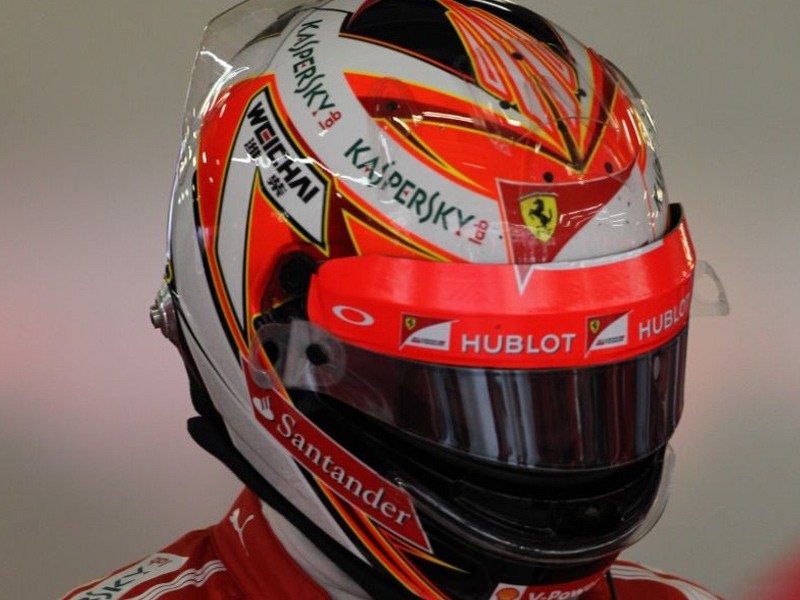 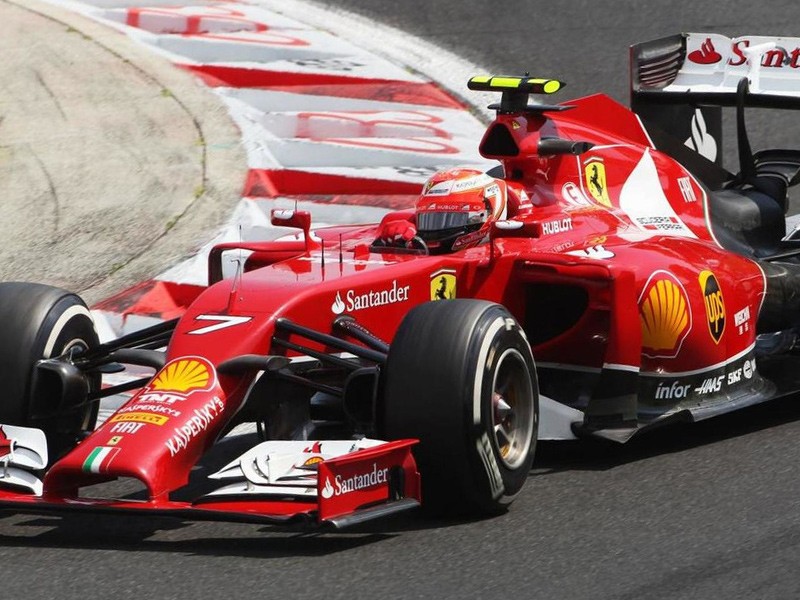