‘Quick Nick’ Heidfeld probably holds the one record that nobody really wants in Formula One; he stood on the podium 13 times but never on the top step and as such has the title of 'Most podiums without a win'.

This rare RF1 Schuberth helmet - painted by Jens Munser - was used by Heidfeld in his sole season with Jordan in 2004. Somewhat of a transition year between Sauber and Williams, the young German scored a best result of 7th in the Monaco Grand Prix. 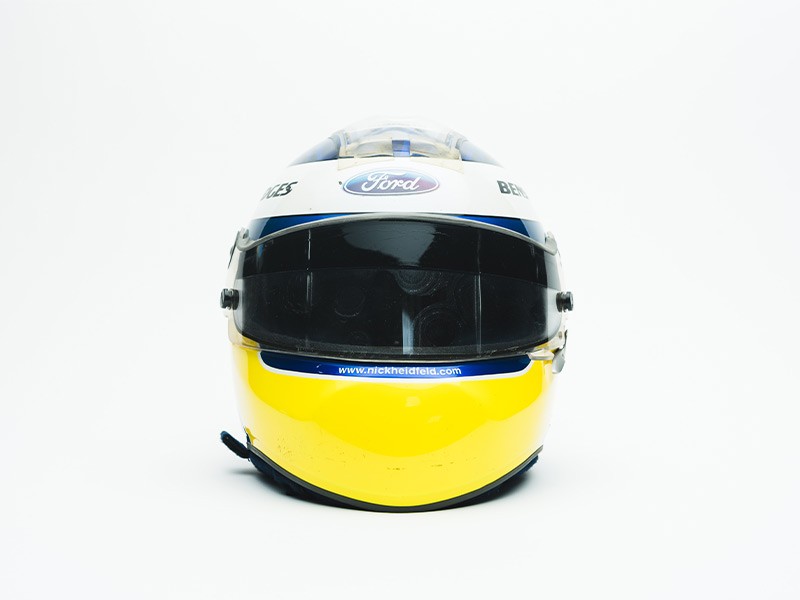 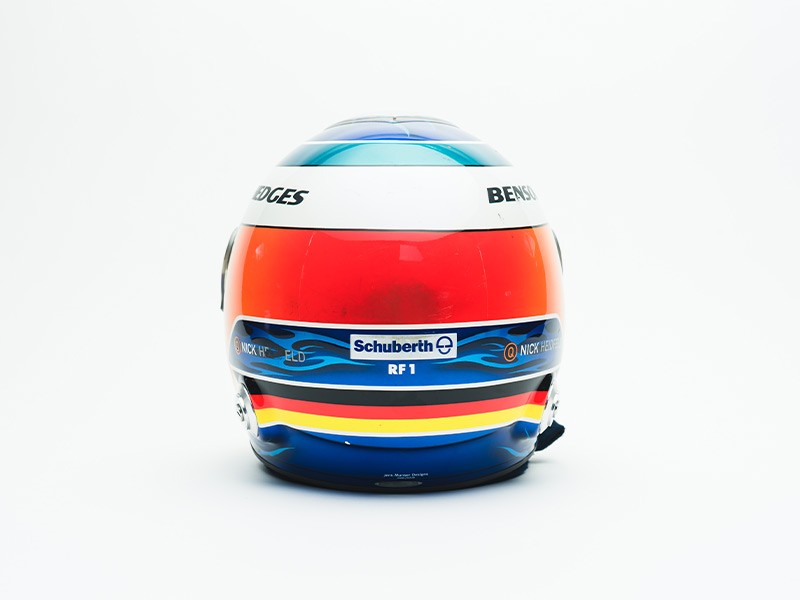