This Bell HP6, painted by Max77Design, is numbered '2/11', suggesting this helmet was used in the earlier part of the season, although the Thompson Reuters visor strip, which was sported by the Williams F1 drivers towards the end of 2011, suggests this helmet was also used further into the year.

Complete with dirt and tear-offs from it's last on-track use, the visor has been signed (and dated 2011) by the 2012 Spanish Grand Prix winner. 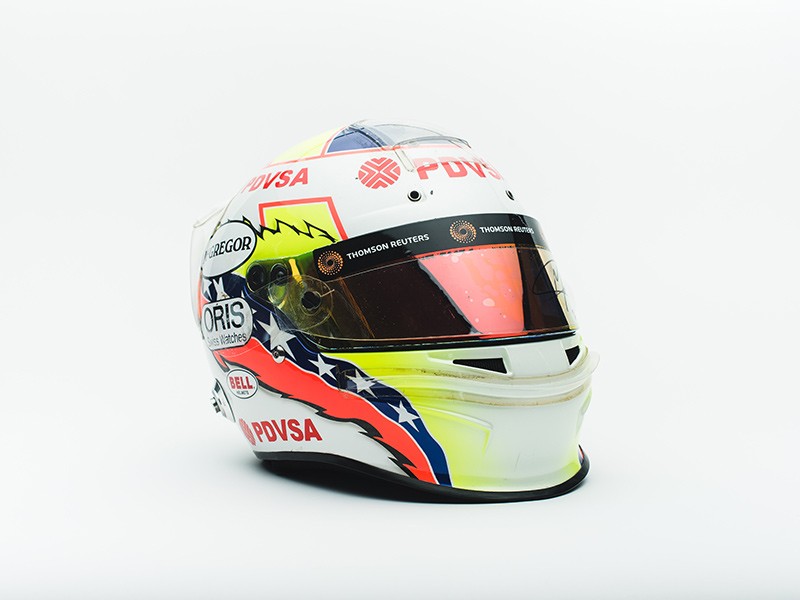 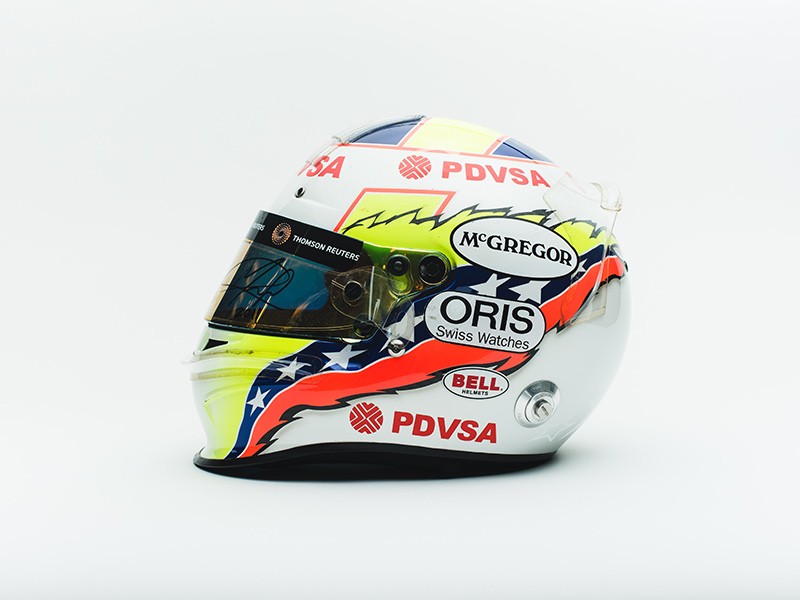 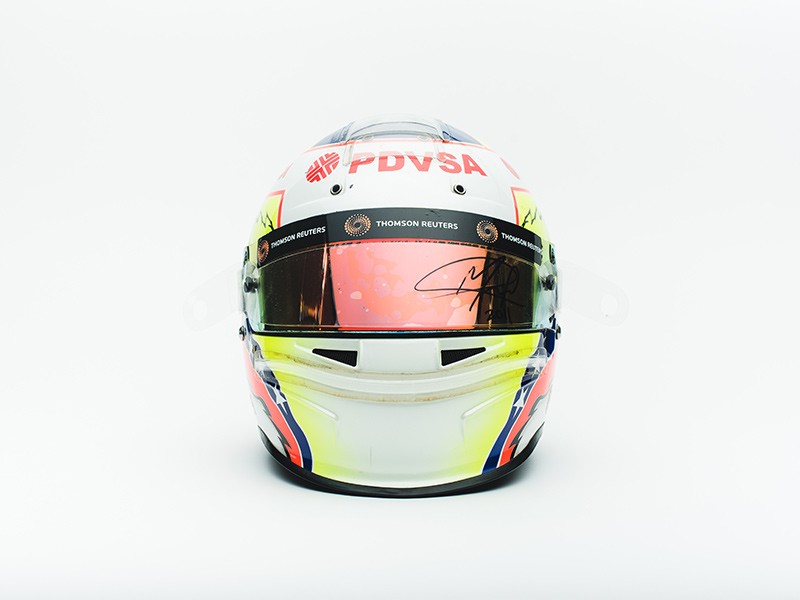 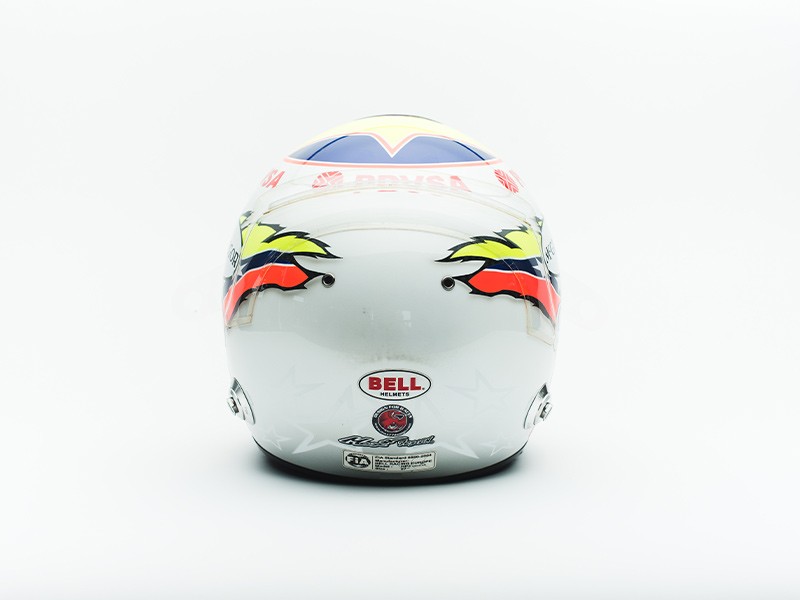 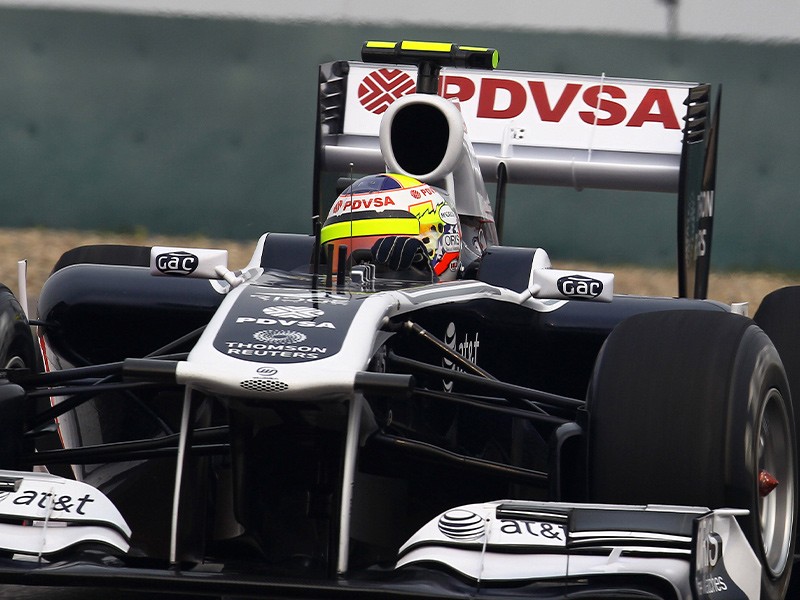 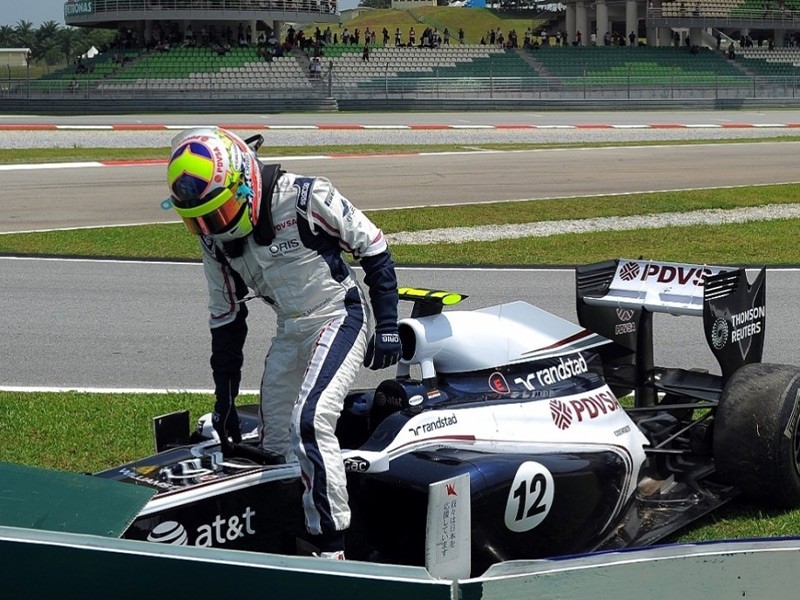 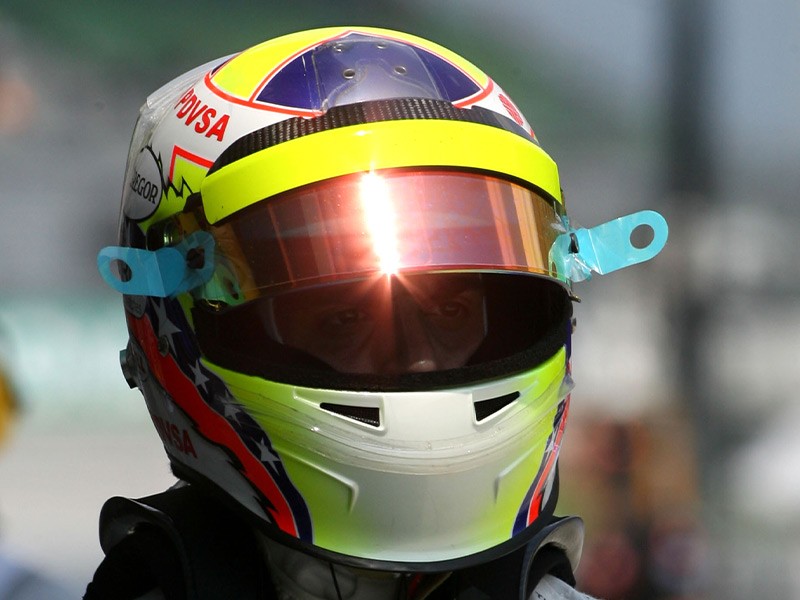