Sir Stirling Moss is widely regarded as the ‘best driver never to win a World Championship’. Indeed, his racing record is perhaps better than many of those drivers who did win a World Championship. Beyond Formula One & Grand Prix racing Moss was an extremely accomplished Sports Car ace, notably winning the 1955 Mille Miglia in a stunning drive with Dennis Jenkinson navigating alongside him.

Incredibly, Moss was renowned to have only had 4 helmets in his entire career and to the best of our knowledge two were made by Herbert Johnson & two by Patey. This helmet was the first of the Herbert Johnson helmets he had and Moss has signed under the peak ‘My 1st White Johnson Helmet’. Also signed on the outside, this helmet shows great signs of wear and tear whilst also having been cared for carefully by Moss and its next custodians over its life. Areas that have worn such as straps have been replaced over the years as opposed to the helmet itself being replaced which is ultimately how he probably ended up with so few helmets in his career.

It's hard to pinpoint the exact races the helmet would have done but you can comfortably bet that it was used to win countless races in Mercedes, Jaguar, Cooper, Maserati and Vanwall cars.

This highly significant piece was last sold by Bonhams in the mid-'90s and is coming from near 30-year ownership today from the purchaser at that auction. 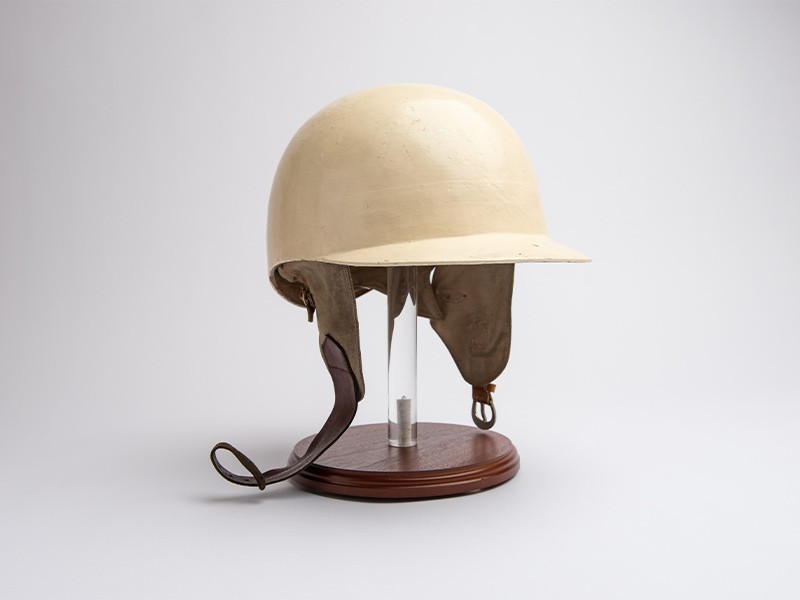 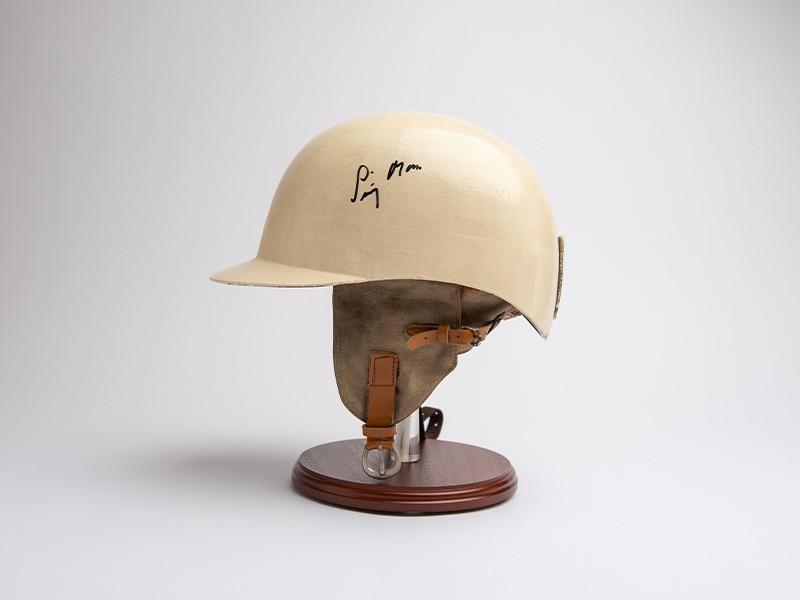 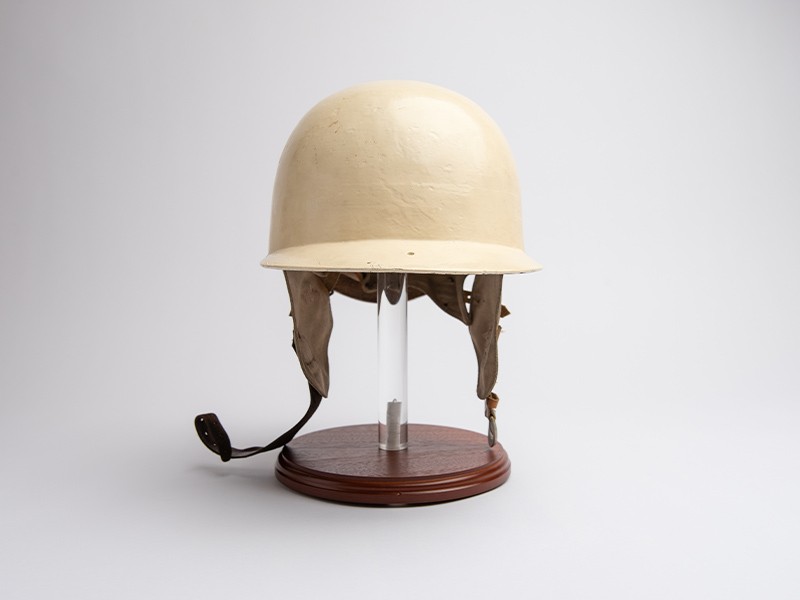 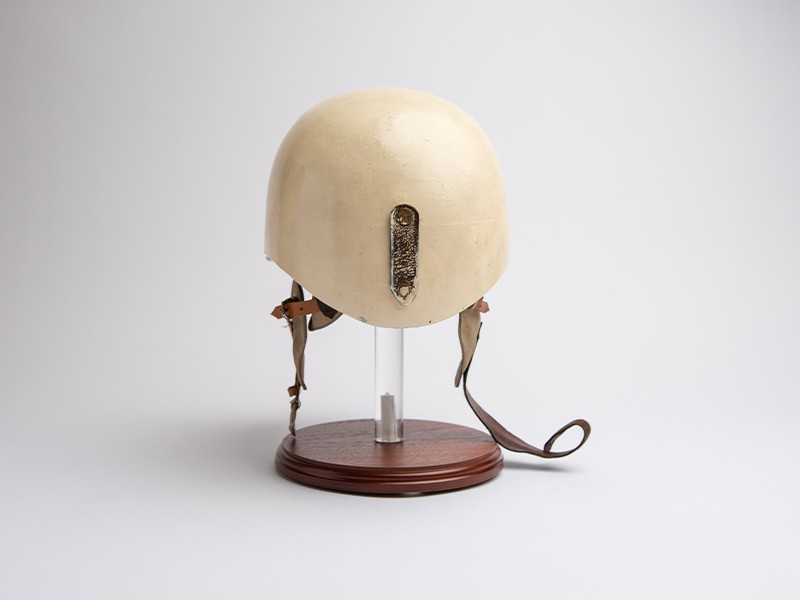 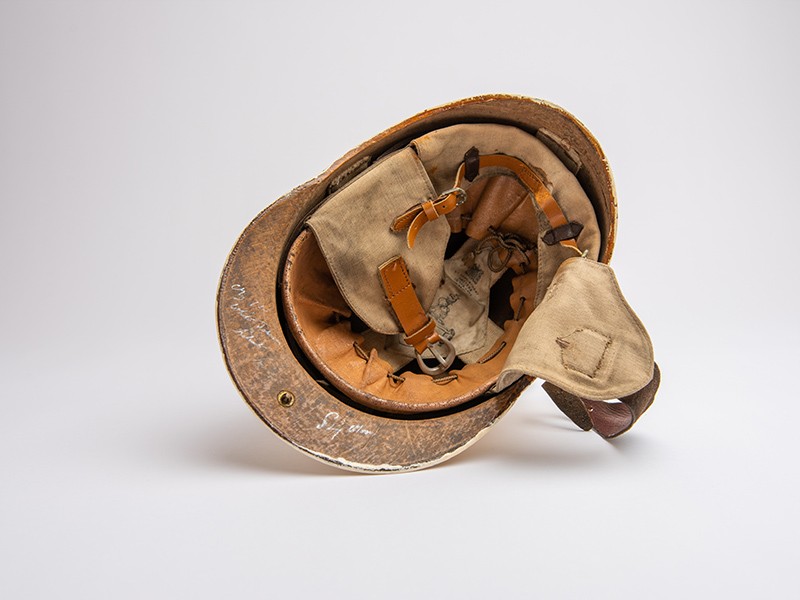 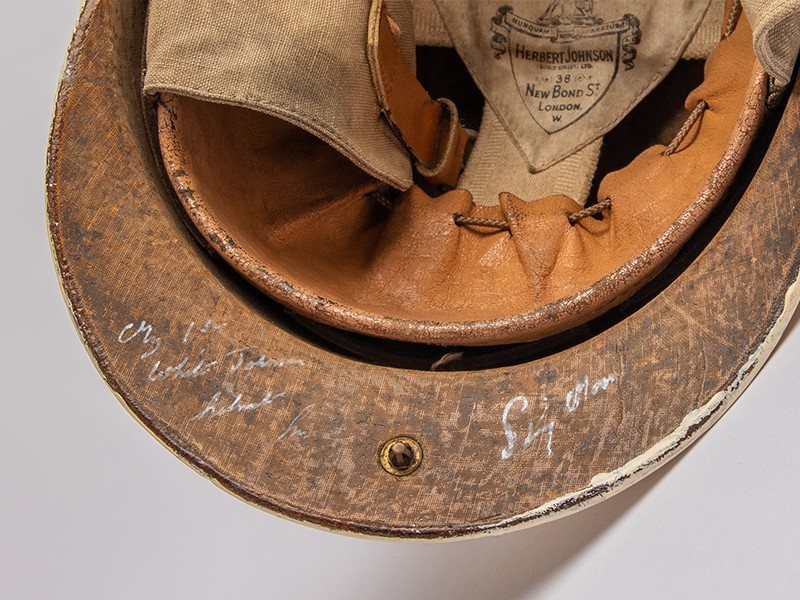