A poster from the 1974 Brands Hatch 1000km race. The race itself was won by the Matra 670 of Beltoise & Jarier from the sister car of Larousse & Pescorolo, and the Mirage of Derek Bell & David Hobbs. This poster was signed by the field at the drivers briefing and has over 75 signatures, including those of the podium finishers. Other drivers to have signed include, Peter Gethin, Mike Beuttler, Richard Bond, Bob Evans, Arturo Merzario, Richard Lloyd, John Lepp, Gjis Van Lennep, Reine Wisell, Herbert Muller, Brian Redman, Bob Wollek and many more. Super rare and would look fantastic framed and on the wall. 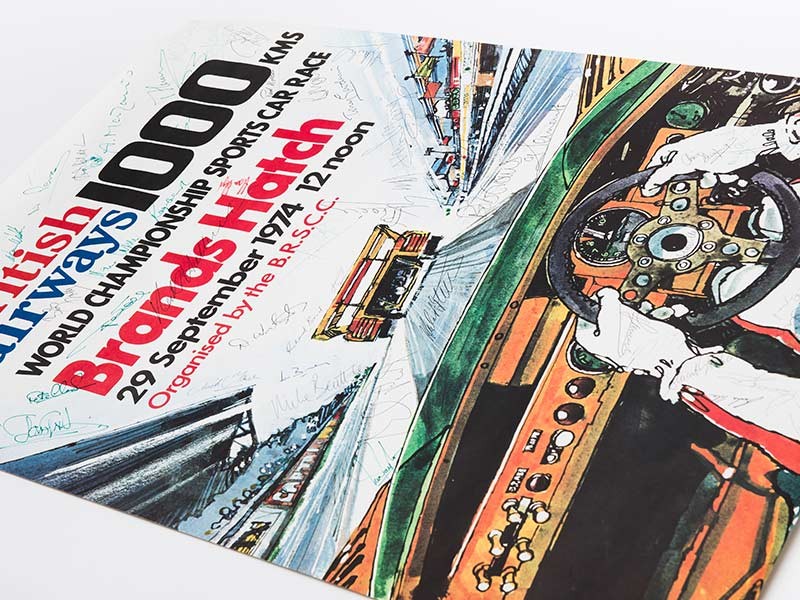 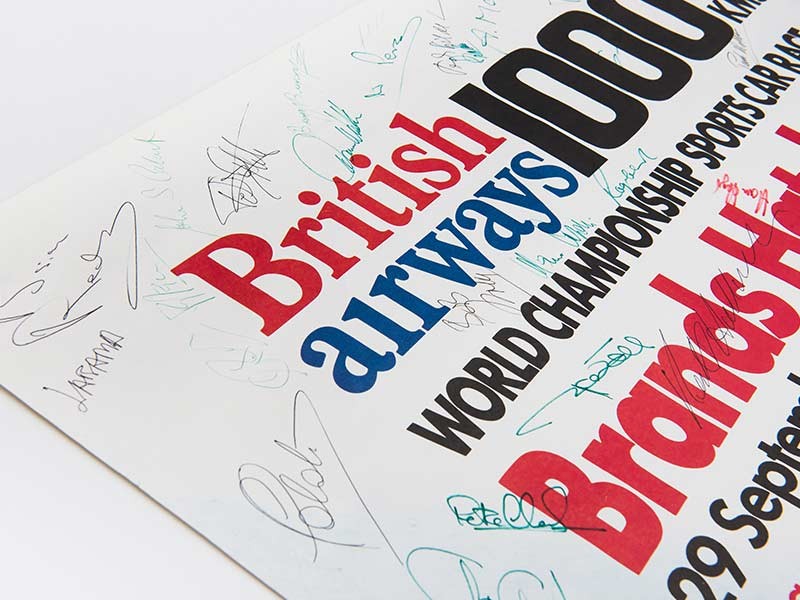 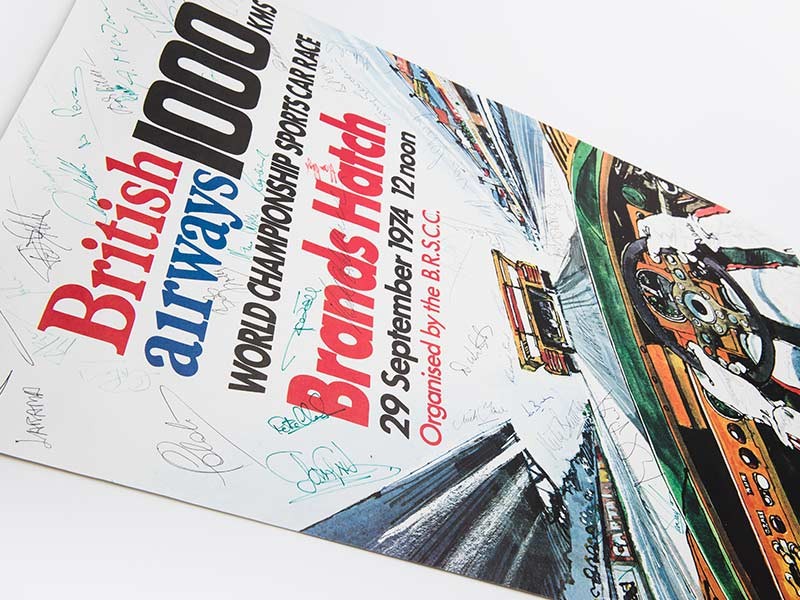 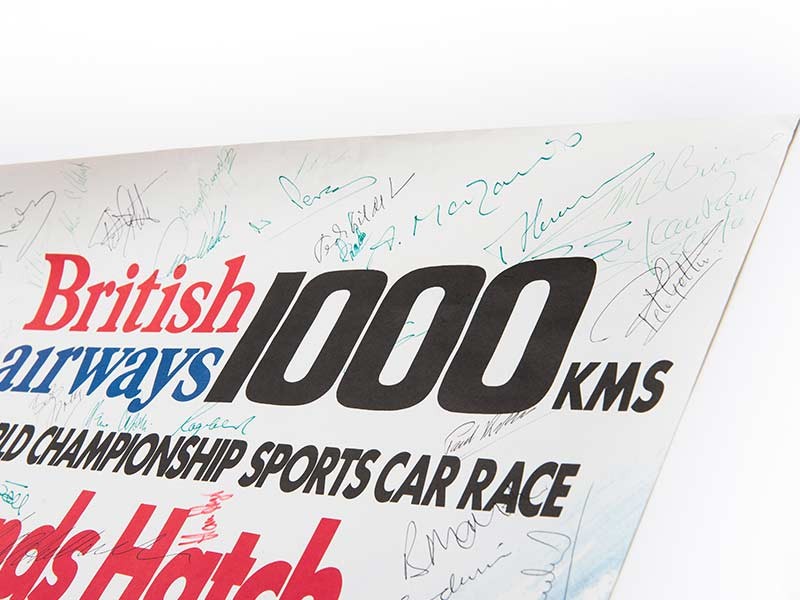 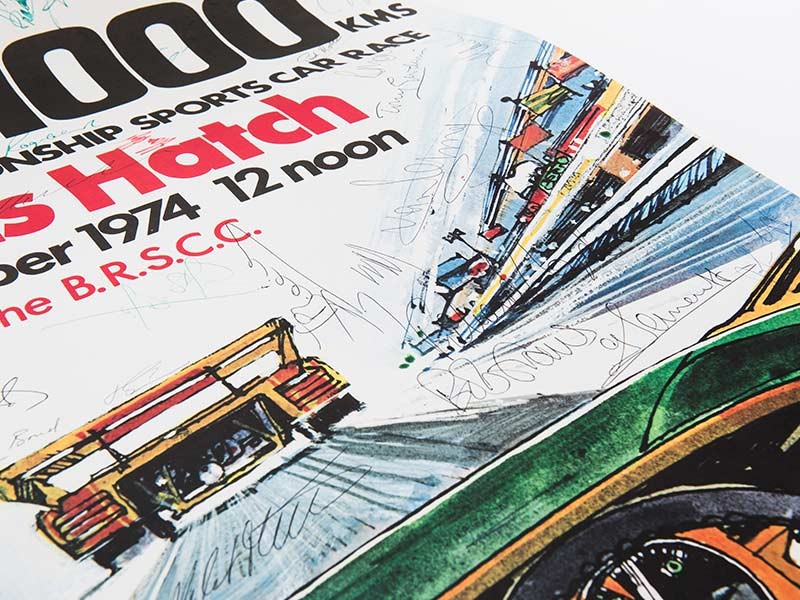 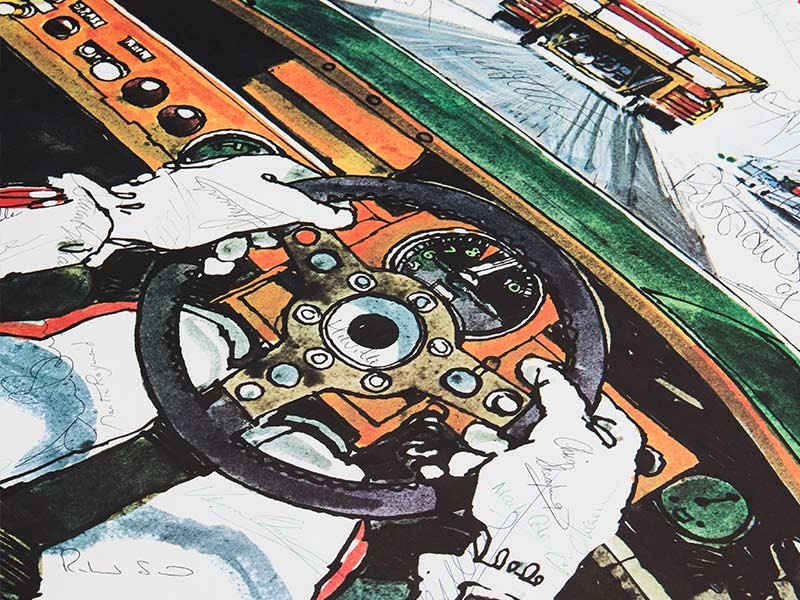 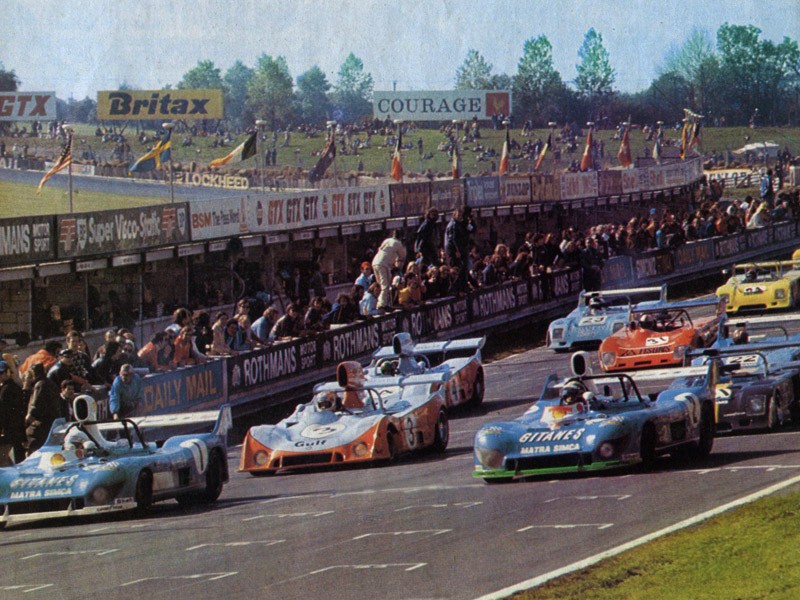 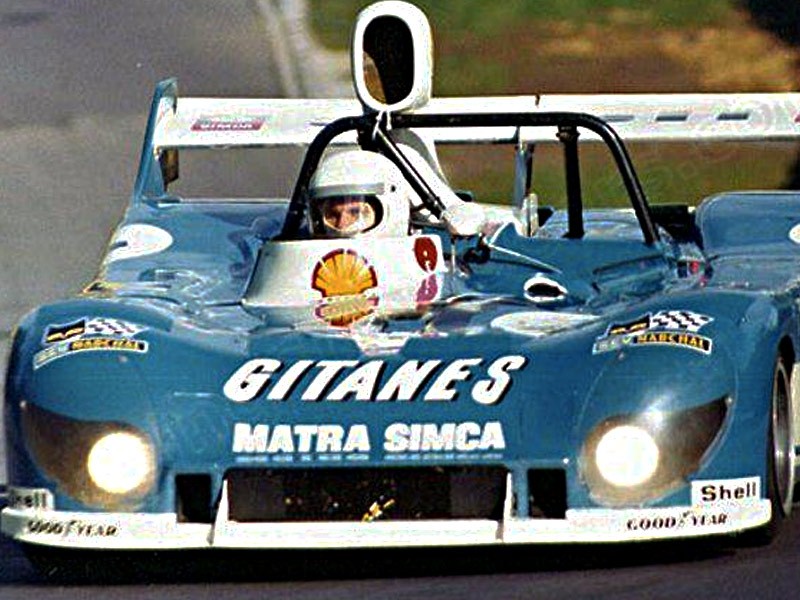