British artist and cartoonist Jim Bamber was famous for his ‘The Pits’ books but also was published every week in the popular British publication, Autosport.

This pen and ink cartoon was created in 2002 after the Belgian Grand Prix when Bamber was still doing everything by hand and was done as a satirical play based on the fact that nobody could hold Michael Schumacher down.

At Spa, he took a dominant pole win and fastest lap (whilst breaking the lap record) and extended his championship lead to over 70 points. Of course he also went on to take the World Title - his 3rd in a row for the Scuderia.

This cartoon was published in that week’s Autosport. Rare and unique.

Race report for the weekend here. 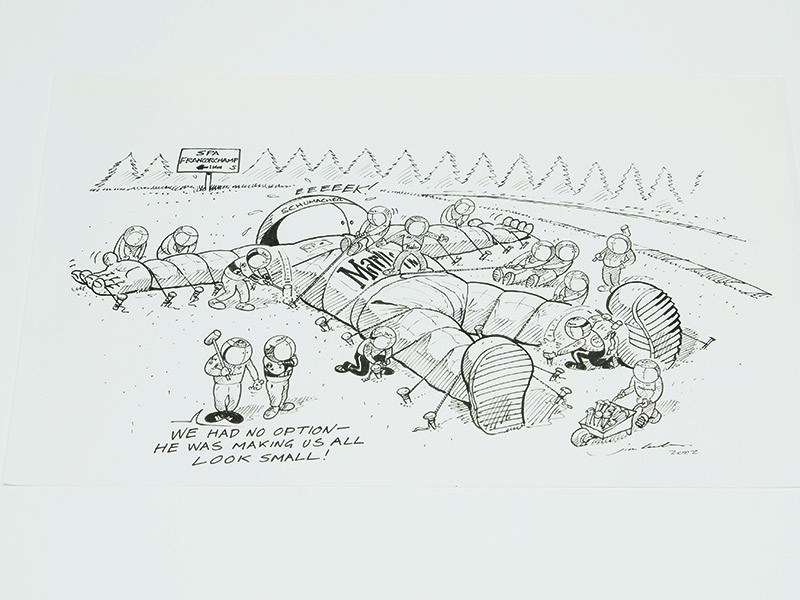 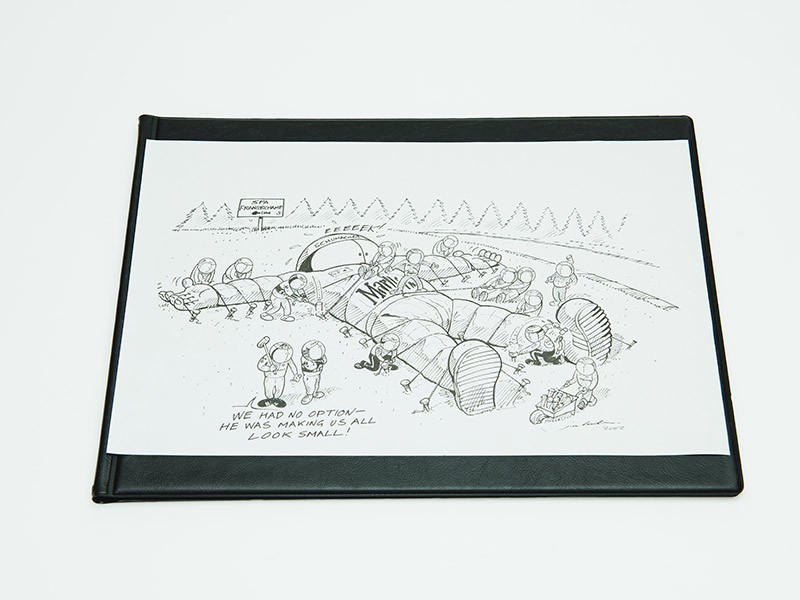 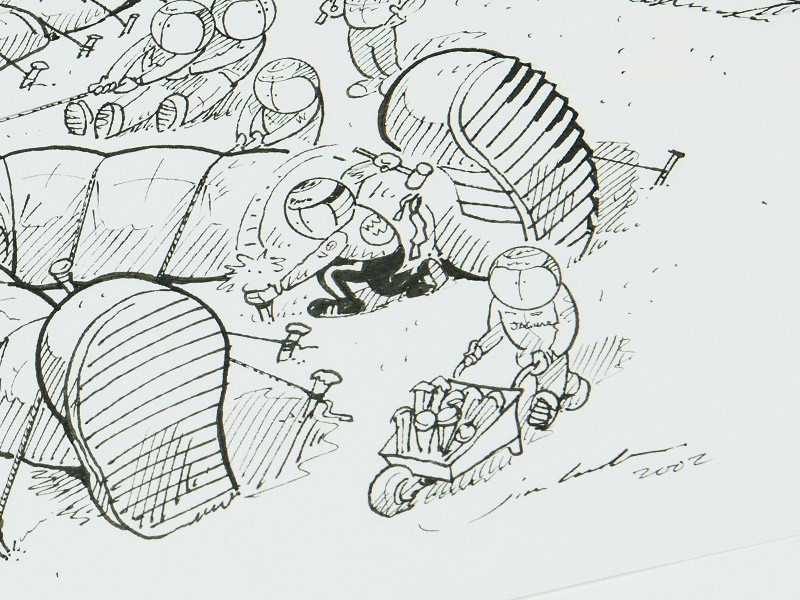 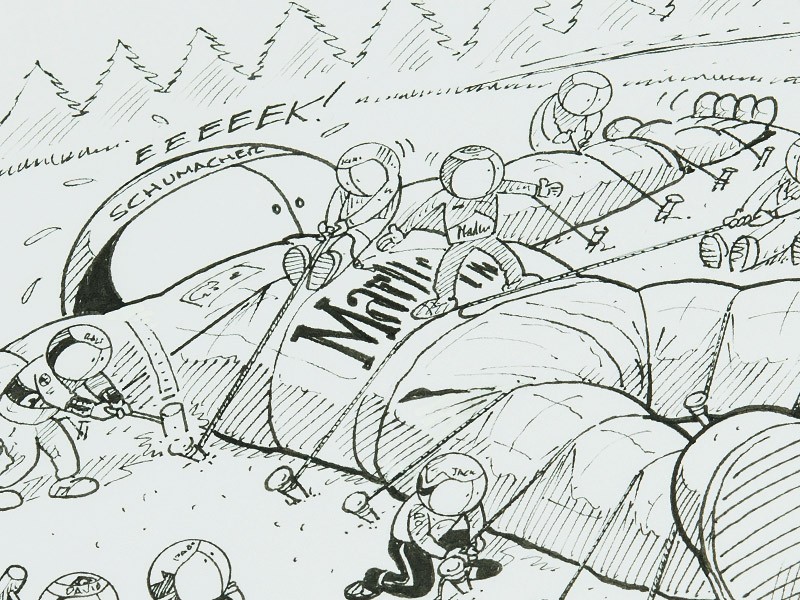 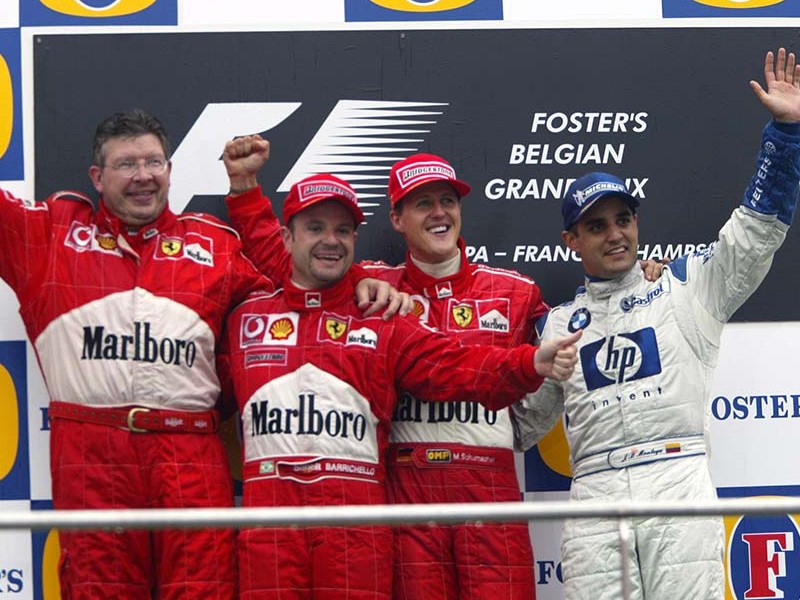 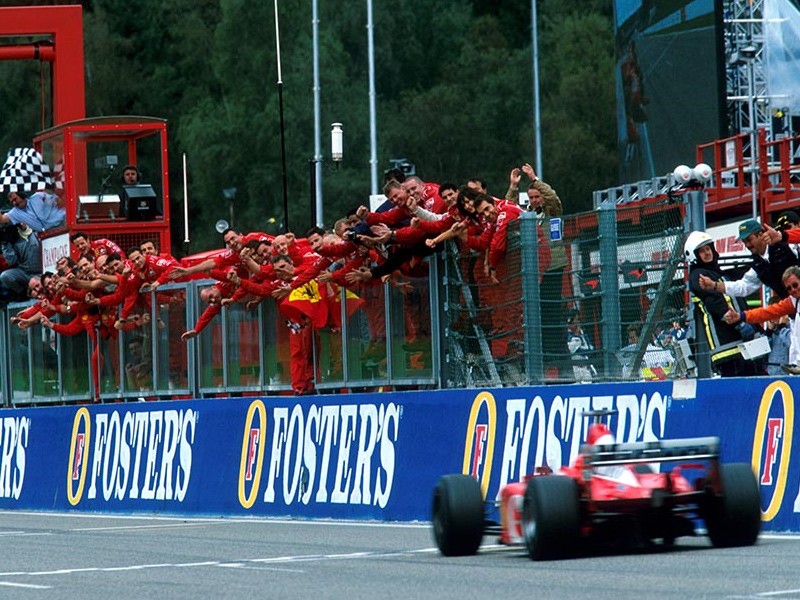