These overalls were used by double-World Champion Fernando Alonso in the 2004 French Grand Prix at Magny-Cours.

Alonso qualified on pole and lead 50% of the race but ultimately was overcome by Michael Schumacher in the Ferrari F2004 who beat the Spaniard by just over 8 seconds at the chequered flag.

These overalls in the ‘non-tobacco’ livery were obtained, along with the gloves from the same race, directly from the team after the race and come with a certificate of their origin and authenticity. 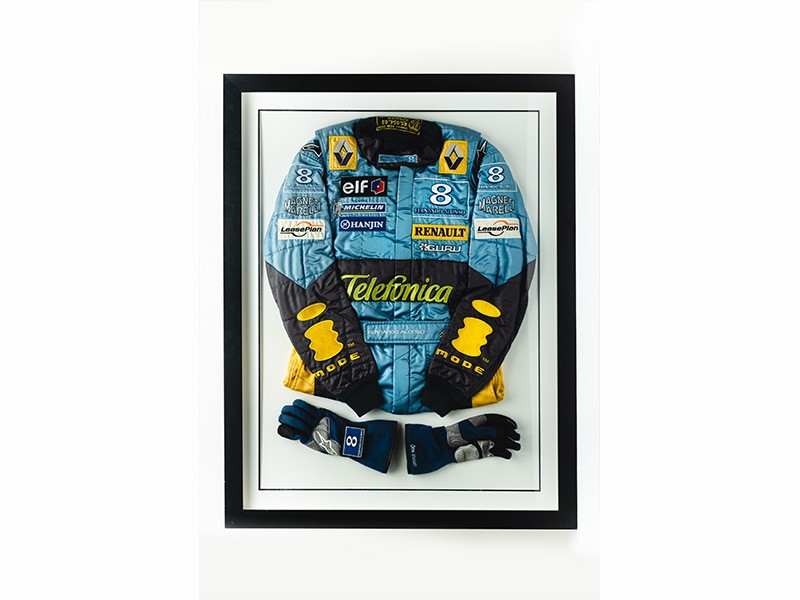 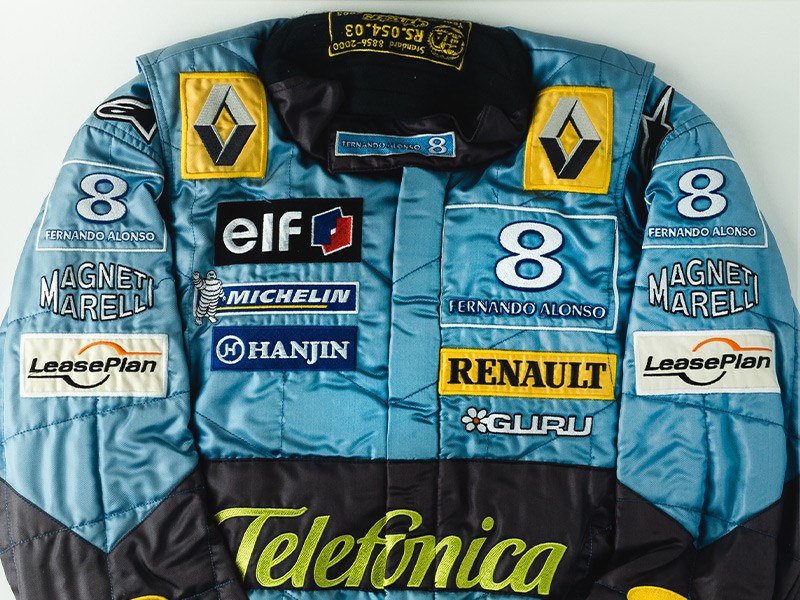 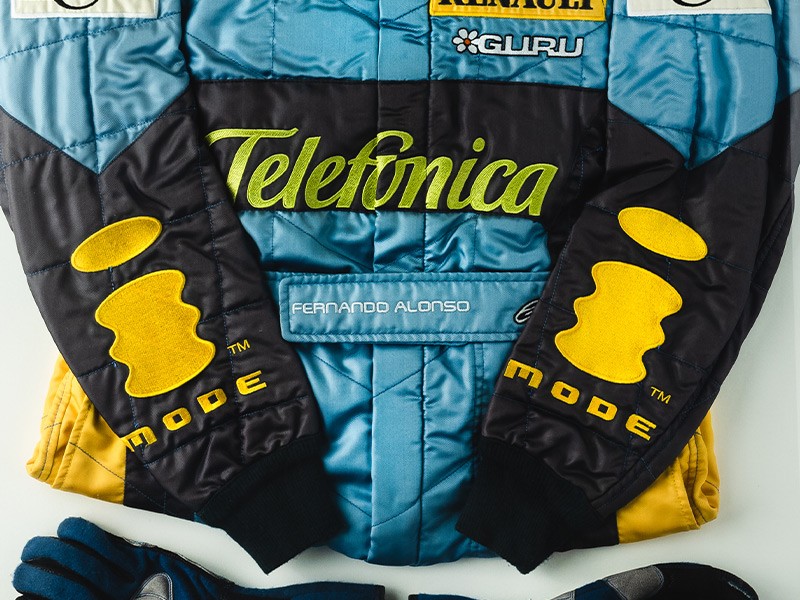 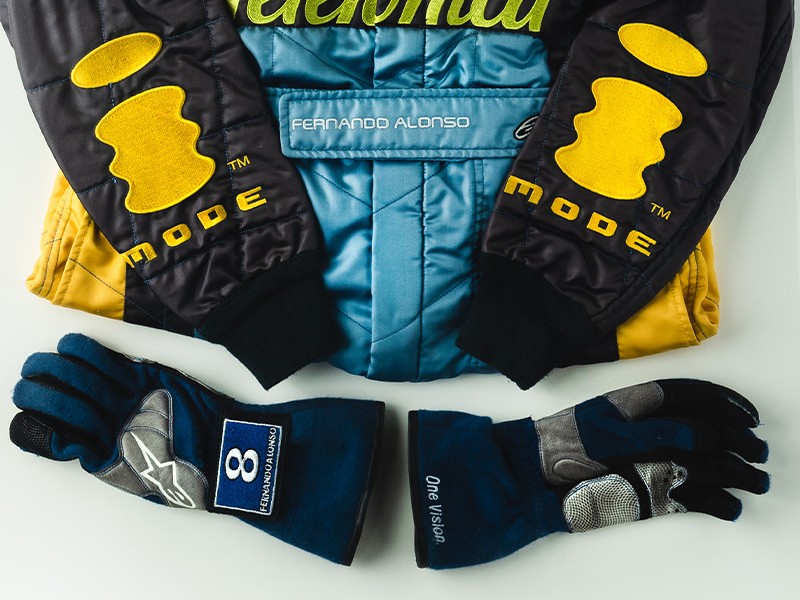 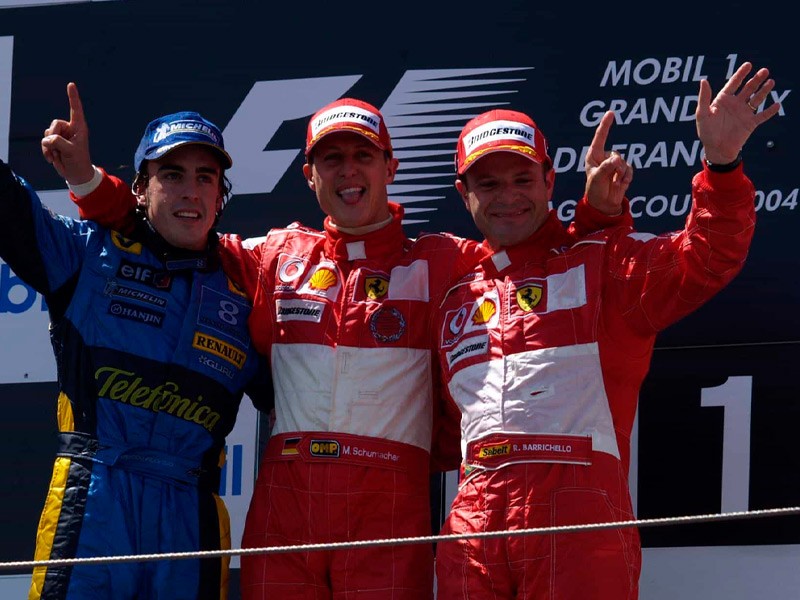