Jacky Ickx was one of the leading Grand Prix and Sports Car drivers of his generation.

These overalls have been matched to a period when he was driving for Ferrari in Formula One & The World Sportscar Championship. During this period he also competed in a Grand Prix for McLaren and Williams and won Le Mans in a Ford GT40.

Photo-matched with a few very distinguished features, these overalls are nicely signed by Ickx and dated 2007.

As is often seen with overalls of this period, some of the patches have been removed and the name unpicked - often patches would be removed and changed as the driver hopped around different teams that had different sponsors. At this period a set of overalls would last seasons! 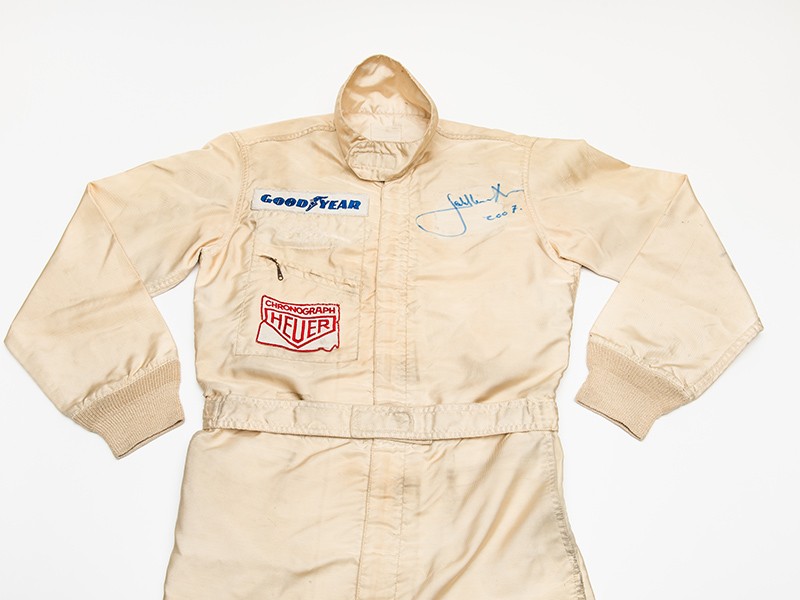 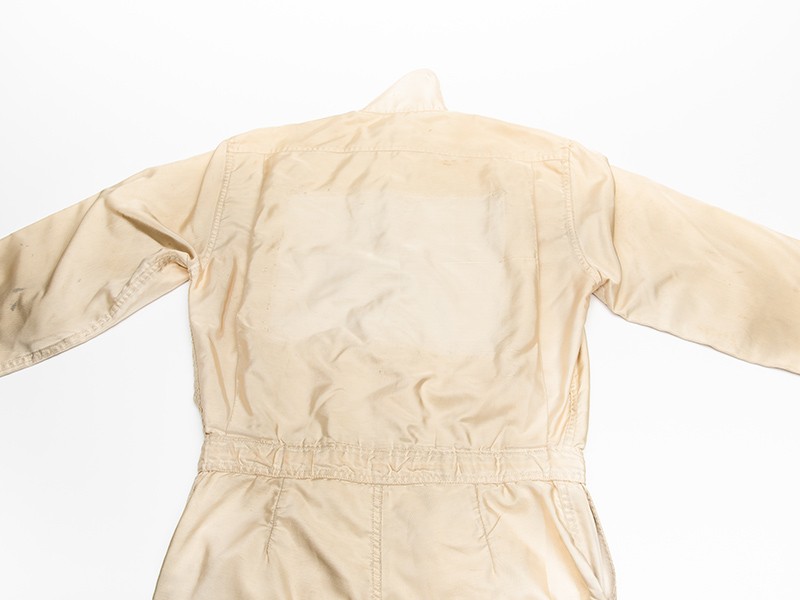 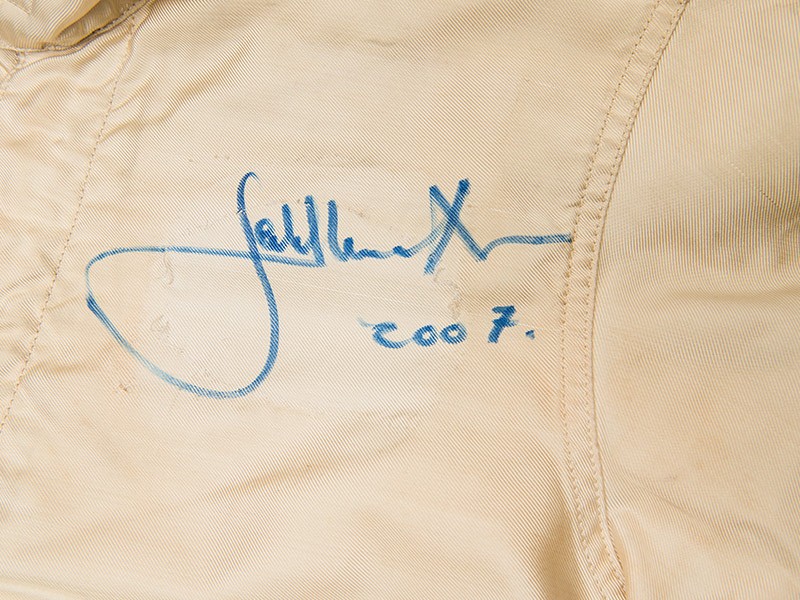 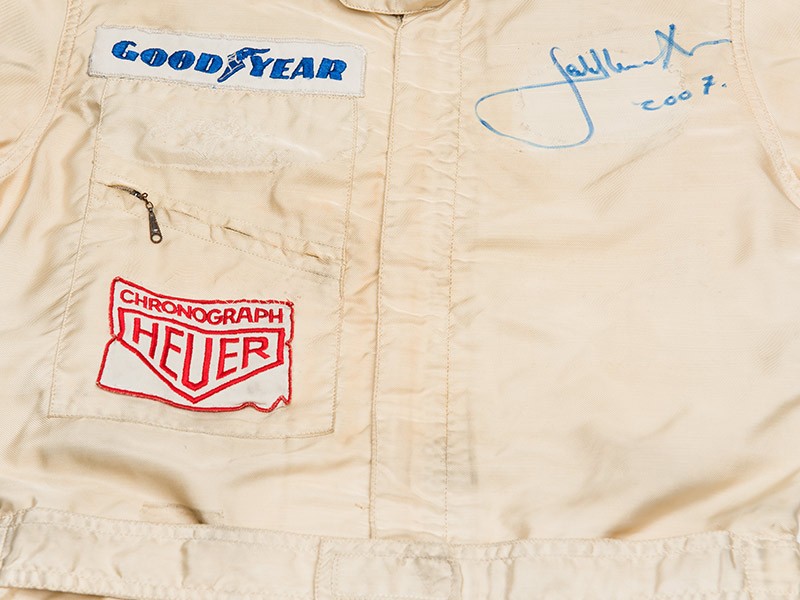 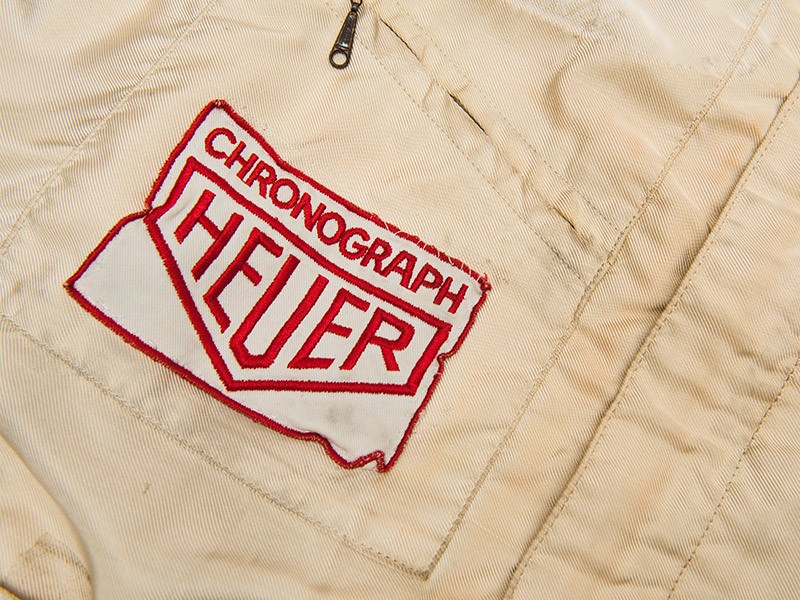 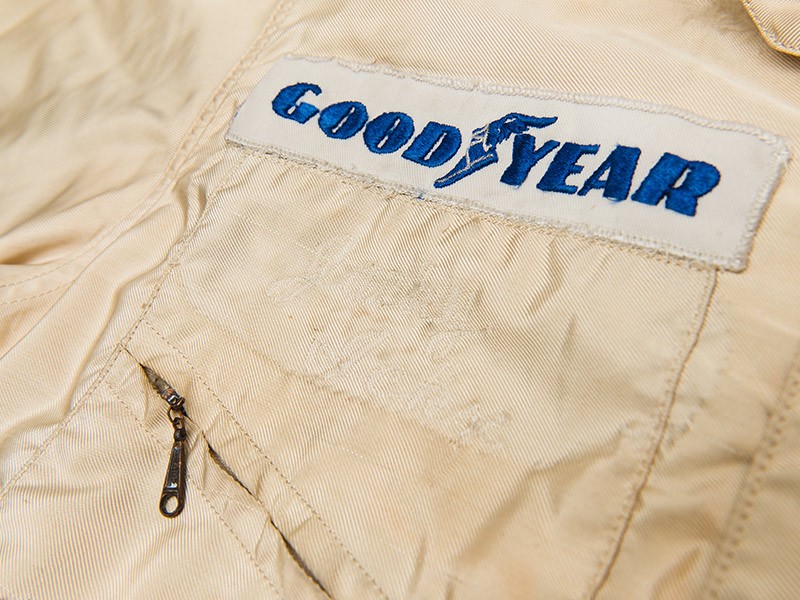 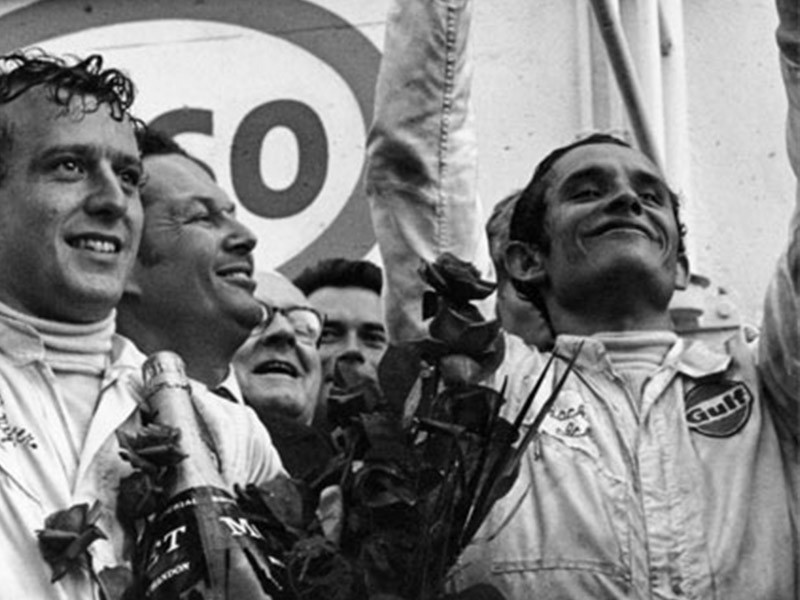